Scientists have confirmed that samples from a comet and interstellar dust have been returned to Earth by the Stardust spacecraft.

"The collection of cometary particles has exceeded our expectations," said Dr. Donald Brownlee, Stardust principal investigator from the University of Washington, Seattle. "We were absolutely thrilled to see thousands of impacts on the aerogel."

Inside the capsule, a tennis racket-like sample tray holds the particles captured in a gel as the spacecraft flew within 149 miles of comet Wild 2 in January 2004. An opposite side of the tray holds interstellar dust particles caught streaming through the solar system by Stardust during its seven-year journey. The team is analyzing the particle capture cells and removing individual grains of comet and interstellar dust. They will be sent to select investigators worldwide. 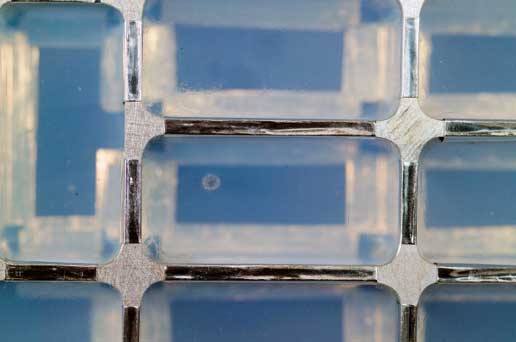 Leaders of the science and curation teams will participate in a press conference at 10 a.m. CST Thursday from JSC. The briefing will be broadcast on NASA Television and question-and-answer capability for reporters is available from participating NASA centers. Key scientists also will be available for live interviews via satellite from 4 p.m.-6 p.m. CST Thursday.

Participants in the Thursday news conference will include:

Video of the opening of the Stardust science canister and initial assessment of its contents will air on the NASA Television's Video File beginning at 2 p.m. CST today.

For still images of the canister's opening and analysis, visit:

Brownlee and Zolensky will be available for live satellite interviews from 4 p.m.-6 p.m. CST Thursday. The interviews will be conducted on the NASA TV analog satellite. To arrange an interview, media should contact Eldora Valentine in the JSC newsroom, (281) 483-5111, by noon CST Thursday.

The NASA TV analog satellite is available on AMC 6 transponder 5C, located at 72 degrees west longitude, with a downlink frequency of 3800 MHz, vertical polarization. The audio is at 6.8 MHz.

For information about Stardust on the Web, visit:

For information about NASA and agency programs on the Web, visit: