Dr. Griffin responded to Rep. Gordon stating his desire to resolve the matter promptly and thoroughly - a welcome change, Gordon noted, from the responses of other federal agencies to similar problems.

The Gordon letter to Administrator Griffin is attached. 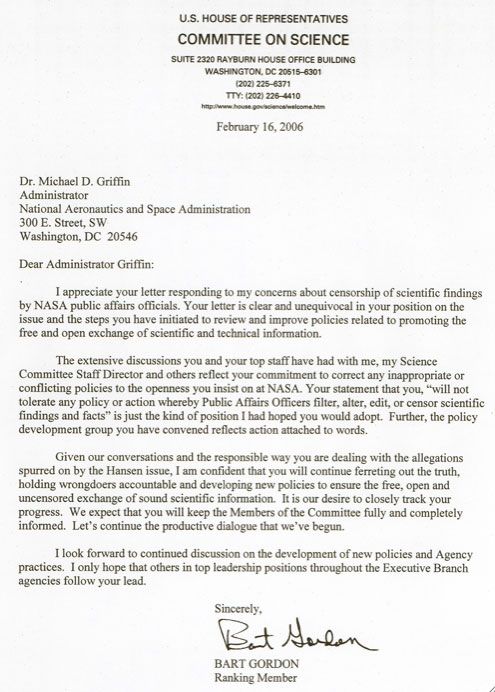