Student of Challenger Center Founder To Fly Into Space

Space Adventures announced today that one of its future commercial space travelers will be entrepreneur Richard Garriott. According to the official announcement, Garriott is expected to fly to the International Space Station in October 2008 aboard a Soyuz spacecraft.

The Challenger Center for Space Science Education ( http://www.challenger.org/ ) is pleased to learn of Garriott's upcoming flight and applauds his personal commitment to focusing upon science and education throughout his mission.

"We at the Challenger Center for Space Science Education were overjoyed to learn of Richard's future mission into space. This is especially exciting for me given that Richard was among the students I taught at Clear Lake High School in Houston, Texas while his father and my husband Dick Scobee were astronauts.

When Challenger was lost, the families came together to look for a fitting legacy to honor those we lost - and to carry on with their mission. From this the Challenger Center for Space Science Education was born.

Richard's design and game skills were apparent at an early age. Indeed, he was the first person I called to help me design what would become the Challenger Learning Center's simulation activity. After our initial conversation, he traveled with me to meet with space artist Bob McCall. Together we described what was in our heads. Bob McCall went back to his studio in Phoenix and painted the first sketch of the Challenger Center simulator that eventually became our working design.

Recently, after a 21-year wait, many of our lives came full circle with the flight of Educator Astronaut Barbara Morgan. While Barbara was busy as a full-fledged astronaut she was able to fulfill her other role - and that of her predecessor, Christa McAuliffe, and conduct lessons from space.

Now, a scant few weeks later, I have Richard's flight to look forward to. This is a wonderful reversal of roles for me. For more than 20 years I have worked to educate students about space exploration and the importance of science, and math education. Now, one of my own students will get to experience space travel - personally. And in so doing, he will become a teacher himself.

Richard has stated that he is "dedicating his spaceflight to science" and that it is his goal to "devote a significant amount of my time aboard the space station to science, engineering and educational projects." We at the Challenger Center stand ready to assist Richard in his mission in any way he deems fit.

Just a few weeks ago I had a marvelous opportunity, at Richard's invitation, to experience weightlessness - personally - for the first time aboard Zero Gravity Corporation's "G Force One".

Richard was my companion as I entered this new world for the first time and showed me the ropes. I am certain that when he flies in space he will have millions of young companions traveling with him in spirit back on Earth.

And as Richard flies, I am certain that the world will see him to be the engaged and inspired individual that I have known for nearly 30 years.

Childhood dreams can come true. Richard Garriott is living proof. To me this is the most powerful lesson that children can - and will - derive from Richard's flight."

About The Challenger Center for Space Science Education

Challenger Center for Space Science Education is an international, not-for-profit 501 (c)(3) education organization that was founded by the families of the astronauts lost during the last flight of the Challenger Space Shuttle in 1986.

Through Challenger Center's programs and its international network of Challenger Learning Centers, the diversity, spirit, and commitment to education that exemplified the Challenger 51-L mission continues to make an impact on students, teachers, and families today.

For more information on the Challenger Center for Space Science Education, visit: http://www.challenger.org/ 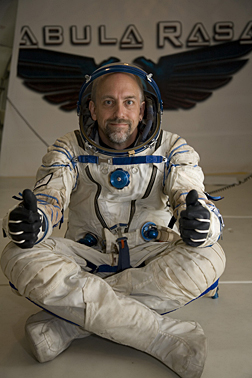 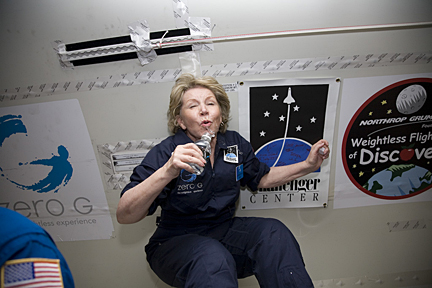 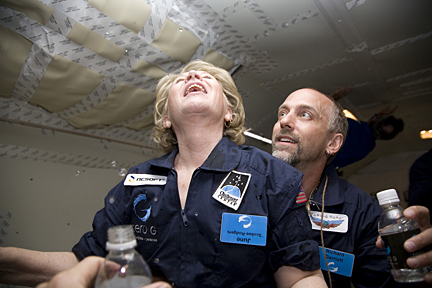