Mojave, CA, March 26, 2008 - The Air Vehicles Directorate of the Air Force Research Laboratory (AFRL) has awarded, pending successful contract negotiations and signature by the Government Contracting Officer, XCOR Aerospace a Small Business Innovation Research (SBIR) Phase II contract to develop and test operationally responsive features of one of the firm's commercial vehicles. The suborbital space vehicle, named the Lynx, is designed to carry a pilot and a person or payload on suborbital flights.

The Lynx, which XCOR plans to be flying within two years, will take off and land horizontally like an airplane, and will be powered by liquid-fuel rockets. Its propellants will have low toxicity. As with all XCOR designs, the Lynx will be safe, reliable and fully reusable with low operating costs. The Lynx has been in development by XCOR for over three years and replaces the firm's earlier Xerus suborbital vehicle configuration.

"Our company's goal has always been to build rocket-powered vehicles that can be flown and operated like regular aircraft," said XCOR CEO Jeff Greason.

Because the Lynx has been designed for commercial use, it will readily fulfill the goals of the new contract. "The same features that provide operational readiness are also demanded by the private market. XCOR looks forward to working with the AFRL on this project," Greason said.

The Lynx builds on XCOR's nine years' experience developing rocket propulsion systems and rocket-powered vehicles. The firm moved from pressure-fed propulsion such as was used in its record-setting EZ-Rocket, to a pump-fed fuel system in its latest rocket- powered aircraft. This recently developed aircraft is now in flight tests.

For more information about the Lynx, please go to: www.xcor.com/vehicles/lynx/

XCOR Aerospace is a California corporation located in Mojave, California. The company is in the business of developing and producing safe, reliable and reusable rocket engines, rocket propulsion systems, and rocket powered vehicles. 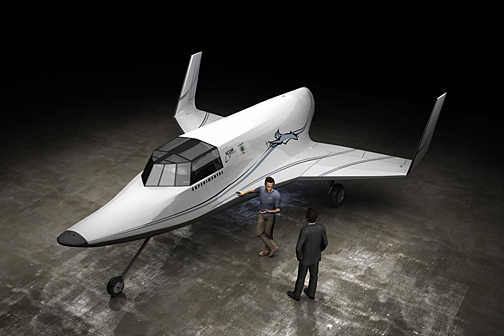 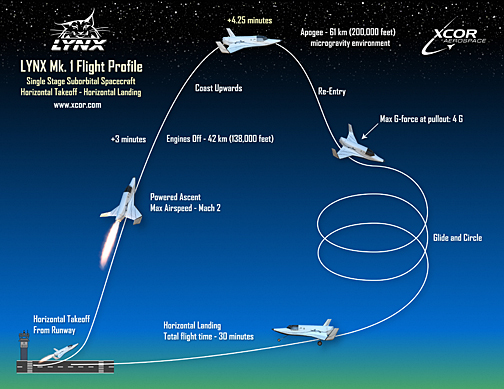