Cape Canaveral FL - Space Exploration Technologies Corp. (SpaceX) has been granted an Operational License by the US Air Force for the use of Space Launch Complex 40 (SLC-40) at Cape Canaveral Air Force Station on the Florida coast. Receipt of the license, in conjunction with the approved Site Plan, paves the way for SpaceX to initiate Falcon 9 launch operations later this year.

"We are developing Falcon 9 to be a valuable asset to the American space launch fleet," said Elon Musk, CEO and CTO of SpaceX. "The support we received from General Helms and the US Air Force has been immensely helpful in developing the pathfinder processes necessary for SpaceX to realize commercial space flights from the Cape."

"Our developments at Complex 40 continue with great speed," added Brian Mosdell, Director of Florida Launch Operations for SpaceX. "We have moved our massive oxygen storage tank into place, and expect to complete construction of our hangar later this year."

SpaceX is developing a family of launch vehicles, Falcon 1, Falcon 9 and Falcon 9 Heavy, to increase the reliability and cost effectiveness of both manned and unmanned space transportation, ultimately by a factor of ten. Falcon 9 is a two-stage, liquid oxygen and rocket grade kerosene powered launch vehicle, offering breakthrough reliability derived from the nine-engine, single tank first stage configuration. Falcon 9 is the first American launch vehicle since the Saturn V to offer true engine out redundancy and reliability.

Falcon 9 can deliver up to 12,500 kg to low Earth orbit (LEO) and 4,640 kg to Geostationary Transfer Orbit (GTO), while the Falcon 9 Heavy can loft 29,610 kg to LEO and 15,010 kg to GTO. Both rockets will operate from SLC-40, and payloads to Earth and Geostationary orbits and beyond will include commercial satellites, cargo and crew supply missions to the International Space Station (ISS), and future orbiting destinations.

As a winner of the NASA Commercial Orbital Transportation Services competition (COTS), SpaceX is in a position to help fill the gap in U.S. spaceflight to the International Space Station (ISS) when the Space Shuttle retires in 2010. Under the existing Agreement, SpaceX will conduct three flights of its Falcon 9 launch vehicle and Dragon, spacecraft for NASA, culminating in Dragon berthing with the ISS. As the only COTS contender with the capability to return cargo and crew to Earth, NASA also has an option for SpaceX to demonstrate crew transport services to the ISS.

Founded in 2002, the SpaceX team now numbers more than 500, located primarily in Hawthorne, California, with four additional locations: SpaceX's Texas Test Facility in McGregor near Waco; offices in Washington DC; and launch facilities at Cape Canaveral, Florida; and the Marshall Islands in the Central Pacific. The SpaceX manifest currently lists 11 missions, plus indefinite delivery / indefinite quantity (IDIQ) contracts with NASA and the US Air Force. 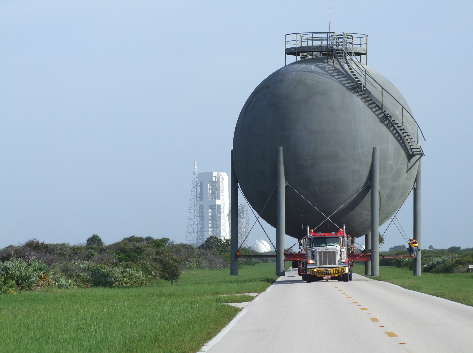 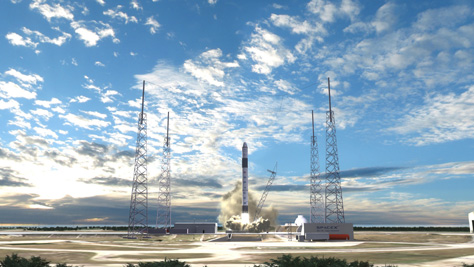