SpaceX Falcon 9 to Be Fully Integrated by December 31

Yesterday we lifted the first stage off the shipping truck and lowered it onto the integration assemblies (shown below). With all of the F9 hardware currently at or on its way to the Cape, we are on track for a fully integrated launch vehicle by year's end.

Barring any unforeseen delays, the second stage and fairing are expected to arrive at the Cape by December 28th and will be mated on December 31st, just in time for the New Year.

The erector is also on track towards operational status in early January, with the base assembly to be aligned and tacked by December 26th and welding to be complete early in the New Year. Hold down assemblies are expected to arrive shortly after the New Year and with our ground control system at SLC-40 currently operational, it's just a matter of days before F9 is vertical at the Cape. 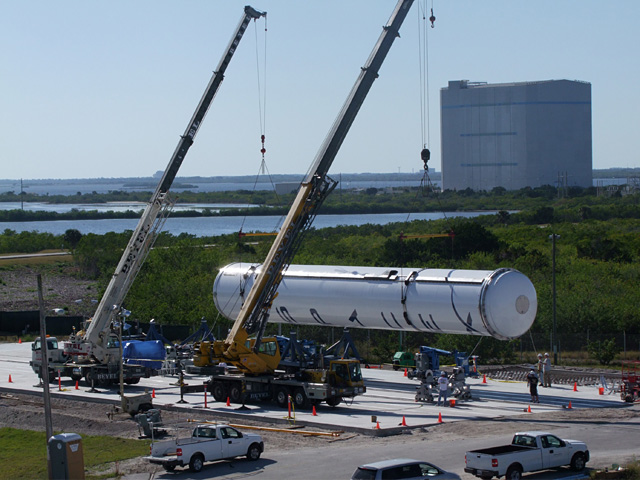