Disney, Fox and James Cameron to Bring AVATAR to Life at Disney Parks 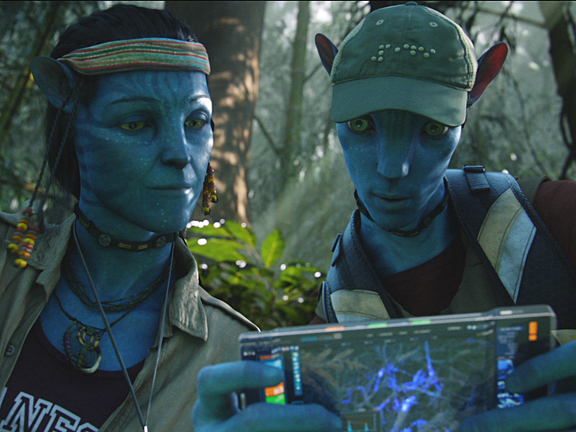 Long-term agreement will bring AVATAR themed lands to Disney parks, with the first at Walt Disney World in Orlando

Walt Disney Parks and Resorts Worldwide is joining forces with visionary filmmaker James Cameron and Fox Filmed Entertainment to bring the world of AVATAR to life at Disney parks. Through an exclusive agreement announced today by Disney, Cameron's Lightstorm Entertainment and Fox, Disney will partner with Cameron and producing partner Jon Landau to create themed lands that will give theme park guests the opportunity to explore the mysterious universe of AVATAR first hand. Disney plans to build the first AVATAR themed land at Walt Disney World, within the Animal Kingdom park. With its emphasis on living in harmony with nature, Animal Kingdom is a natural fit for the AVATAR stories, which share the same philosophy. Construction is expected to begin by 2013.

"James Cameron is a groundbreaking filmmaker and gifted storyteller who shares our passion for creativity, technological innovation and delivering the best experience possible," said Robert A. Iger, President and CEO of The Walt Disney Company. "With this agreement, we have the extraordinary opportunity to combine James' talent and vision with the imagination and expertise of Disney."

"AVATAR created a world which audiences can discover again and again and now, through this incredible partnership with Disney, we'll be able to bring Pandora to life like never before. With two new AVATAR films currently in development, we'll have even more locations, characters and stories to explore," said James Cameron. "I'm chomping at the bit to start work with Disney's legendary Imagineers to bring our AVATAR universe to life. Our goal is to go beyond current boundaries of technical innovation and experiential storytelling, and give park goers the chance to see, hear, and touch the world of AVATAR with an unprecedented sense of reality."

The agreement announced today gives The Walt Disney Company exclusive global theme park rights to the AVATAR franchise and provides for additional AVATAR themed lands at other Disney parks. The other locations will be determined by Disney and its international theme park partners. James Cameron, Jon Landau and their Lightstorm Entertainment group will serve as creative consultants on the projects and will partner with Walt Disney Imagineering in the design and development of the AVATAR themed lands.

"This exciting new venture combines the world of AVATAR with the enormous reach of Disney and the incomparable talent of Jim Cameron," commented Fox Filmed Entertainment chairmen Jim Gianopulos and Tom Rothman. "While Jim is bringing audiences further into Pandora with the next two chapters in the AVATAR motion picture saga, the theme park attraction will likewise bring a new dimension to the amazing universe he created."

"AVATAR is a uniquely powerful franchise that has global appeal with audiences of all ages. Its spectacular settings, intriguing characters, imaginative creatures, and strong themes of family and loyalty make it a perfect fit for Disney," said Thomas O. Staggs, Chairman, Walt Disney Parks and Resorts. "We can't wait to give our guests the ability to journey to Pandora and explore the incredible immersive world of AVATAR in person."

In addition to setting a global box office record, AVATAR has been hailed as one of the most innovative and visually stunning movies ever produced. With its advanced motion capture and 3-D digital projection technologies developed by James Cameron and his team, moviegoers were able to connect with the world of AVATAR in new and engaging ways.

This new venture complements Walt Disney Parks & Resorts' strategic efforts to continue to invest in its core theme park businesses around the world while simultaneously expanding into other parts of the family vacation business.

About Walt Disney Parks and Resorts

Certain statements in this press release may constitute "forward-looking statements" within the meaning of the Private Securities Litigation Reform Act of 1995. These statements are made on the basis of our views and assumptions regarding future events and business performance as of the time the statements are made and we do not undertake any obligation to update these statements. Actual results may differ materially from those expressed or implied. Such differences may result from actions taken by the Company as well as from developments beyond the Company's control, including governmental actions and changes in domestic and global economic conditions. Additional factors are set forth in Item 1A of the Company's Annual Report on Form 10-K for the year ended October 2, 2010 and subsequent reports.