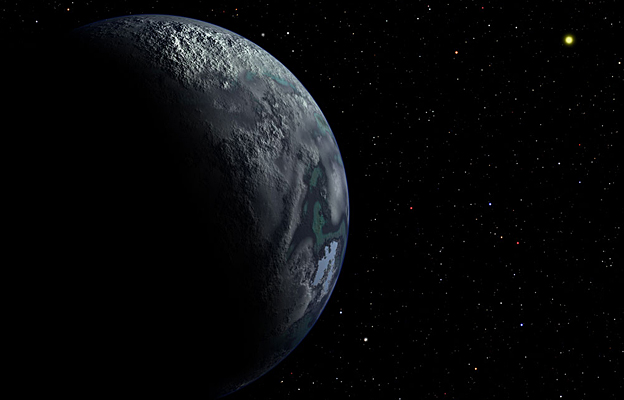 New research suggests that billions of stars in our galaxy have captured rogue planets that once roamed interstellar space. The nomad worlds, which were kicked out of the star systems in which they formed, occasionally find a new home with a different sun. This finding could explain the existence of some planets that orbit surprisingly far from their stars, and even the existence of a double-planet system.

The study, co-authored by Perets and Thijs Kouwenhoven of Peking University, China, will appear in the April 20th issue of The Astrophysical Journal.

To reach their conclusion, Perets and Kouwenhoven simulated young star clusters containing free-floating planets. They found that if the number of rogue planets equaled the number of stars, then 3 to 6 percent of the stars would grab a planet over time. The more massive a star, the more likely it is to snag a planet drifting by.

They studied young star clusters because capture is more likely when stars and free-floating planets are crowded together in a small space. Over time, the clusters disperse due to close interactions between their stars, so any planet-star encounters have to happen early in the cluster's history.

Rogue planets are a natural consequence of star formation. Newborn star systems often contain multiple planets. If two planets interact, one can be ejected and become an interstellar traveler. If it later encounters a different star moving in the same direction at the same speed, it can hitch a ride.

A captured planet tends to end up hundreds or thousands of times farther from its star than Earth is from the Sun. It's also likely to have a orbit that's tilted relative to any native planets, and may even revolve around its star backward.

Astronomers haven't detected any clear-cut cases of captured planets yet. Imposters can be difficult to rule out. Gravitational interactions within a planetary system can throw a planet into a wide, tilted orbit that mimics the signature of a captured world.

Finding a planet in a distant orbit around a low-mass star would be a good sign of capture, because the star's disk wouldn't have had enough material to form the planet so far out.

The best evidence to date in support of planetary capture comes from the European Southern Observatory, which announced in 2006 the discovery of two planets (weighing 14 and 7 times Jupiter) orbiting each other without a star.

"The rogue double-planet system is the closest thing we have to a 'smoking gun' right now," said Perets. "To get more proof, we'll have to build up statistics by studying a lot of planetary systems."

Could our solar system harbor an alien world far beyond Pluto? Astronomers have looked, and haven't found anything yet.

"There's no evidence that the Sun captured a planet," said Perets. "We can rule out large planets. But there's a non-zero chance that a small world might lurk on the fringes of our solar system."

Preprint of research paper to appear in The Astrophysical Journal:
http://arxiv.org/abs/1202.2362v2

Announcement of double planet without a central star:
http://www.eso.org/public/news/eso0629/