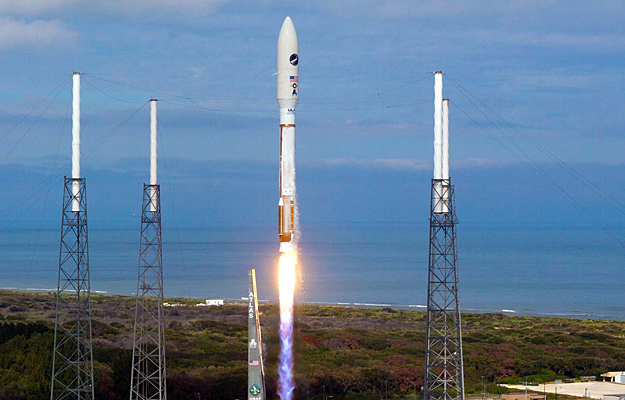 An Atlas V rocket launched OTV-1, the first of two vehicles in the program, into a low Earth orbit at 1:03 p.m. Eastern time from Cape Canaveral Launch Complex 41.

The X-37B, which combines the best of aircraft and spacecraft design in an unmanned test platform, is testing reusable vehicle technologies dealing with space experimentation, risk reduction and concept-of-operations development.

OTV-1 was first launched in April 2010 and returned to Earth that December. It is the United States' first unmanned vehicle to return from space and land on its own. The space shuttle had been the only space vehicle capable of landing on a runway.

A second vehicle, OTV-2, set a record for a reusable space vehicle in June of this year when it completed a 469-day mission. Previously, Space Shuttle Discovery held that record with an accumulated total of 365 days in orbit.

A unit of The Boeing Company, Boeing Defense, Space & Security is one of the world's largest defense, space and security businesses specializing in innovative and capabilities-driven customer solutions, and the world's largest and most versatile manufacturer of military aircraft. Headquartered in St. Louis, Boeing Defense, Space & Security is a $32 billion business with 60,000 employees worldwide. Follow us on Twitter: @BoeingDefense.