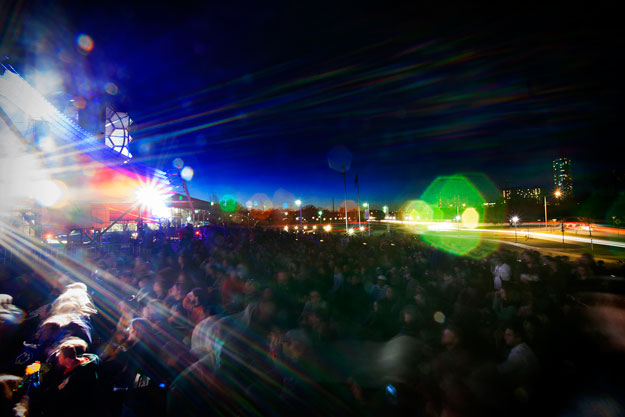 Setting two world records in two consecutive months, NASA's Goddard Space Flight Center in Greenbelt, Md., helped share some of NASA's amazing accomplishments. The awards highlight the tremendous amount of work by many of the center's engineers, scientists and communicators.

NASA launched Landsat 5 from Vandenberg Air Force base in Lompoc, Calif., on March 1, 1984. Landsat 5 was designed and built at the same time as Landsat 4 and carried the same two instruments: the Multispectral Scanner System and the Thematic Mapper.

Managed by the U.S. Geological Survey as part of the Landsat Program, Landsat 5 completed more than 150,000 orbits and sent back more than 2.5 million images of Earth's surface. On Dec. 21, 2012, USGS announced Landsat 5 would be decommissioned in the coming months after the failure of a redundant gyroscope. The satellite carries three gyroscopes for attitude control and needs two to maintain control.

Then on March 10, 2013, 526 space enthusiasts gathered to set the record for "Largest Astronomy Lesson" in Austin, Texas, at the South by Southwest festival. Looking up through hundreds of colored filters and spectral glasses, participants were instructed on the lawn of the Long Center for the Performing Arts.

In cooperation with the Science, Technology, Engineering and Mathematics Education Coalition, NASA, the Space Telescope Science Institute and Northrop Grumman organized the record-breaking event that was arbitrated by the Guinness World Records organization. In breaking this record, instructors aimed to shine a light on the importance of astronomy with the full-scale model of the James Webb Space Telescope as their backdrop.