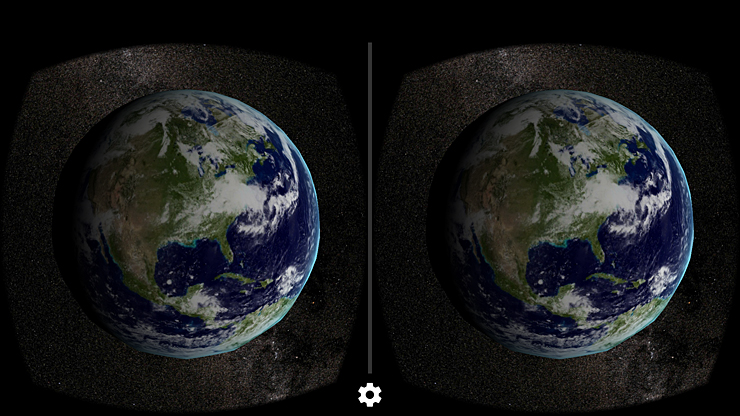 High school graduates admitted to the class of 2020 at the NYU Tandon School of Engineering will get something special in the mail besides the usual acceptance packages: a virtual reality (VR) voyage to Mars created by students and faculty. NYU Tandon will mail more than 2,000 cardboard 3D viewers and app-download instructions to accepted students this week.

NYU Tandon's app is one of the first uses of VR as an admissions tool.

As high school students apply to vastly more universities, admissions officers are experimenting with new methods to encourage desired applicants to actually enroll. Moody's Investor Service recently quantified the problem for universities: Between 2004 and 2013, applications for private colleges increased nearly 70 percent – in sharp contrast to a mere 5 percent increase in the number of high school graduates. The challenge was also highlighted by U.S. News & World Report, which found that only 25 of the 265 prestigious research-oriented national universities responding to its survey reported that even half their accepted students showed up on campus as students.

The NYU Tandon VR app, called Tandon Vision, is remarkably integrated into the life and history of the school. It takes wearers on a virtual trip to Mars with a robot built by the school's Lunabotics student club and evokes the institution's many alumni astronauts and NASA engineers.

Tandon Vision – now a free download for Android and Apple – will make its public debut April 16, 2016 at the NYU Weekend on the Square, which is expected to attract more than 700 accepted students and their families to the engineering school's downtown Brooklyn location. 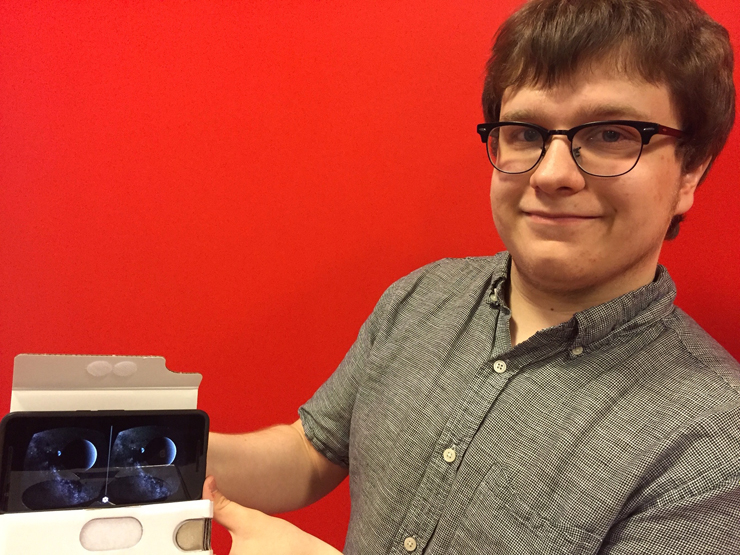 Skwarek produced an early prototype, then approached Matthew Conto, a senior in NYU Tandon's Integrated Digital Media (IDM) program who had already created a portfolio of games and apps. Their Tandon-to-Mars VR adventure spotlights the Lunabotics club. Each year the club's members compete in the NASA Robotic Mining Competition, which requires participants to design and build a robot capable of traversing the forbidding terrain of Mars. The app was completed in just three months with help from NASA and its library of images and mockups.

When accepted students receive their devices and download the app, they can travel with a virtual Lunabot up through the ceiling of a virtual classroom and into a meticulously detailed photorealistic galaxy. After traversing space beneath sweeping views of the Milky Way, past the moon and the sun, they descend to the surface of Mars, where, with head and body movements, they can pilot the Lunabotics robot to different mining spots to collect regolith — Martian soil. The action is accompanied by a dreamlike soundtrack provided by R. Luke DuBois, who co-directs NYU Tandon's IDM program.

Said Ensweiler, "This was a wonderful way to showcase Tandon's strengths in robotics and augmented reality, and we'll be developing more apps in the future for use with Tandon Vision."

Said Conto, "Driving around on Mars, even virtually, is a powerful experience. And Tandon gave me the skillset to make that happen."

The NYU Tandon School of Engineering dates to 1854, when the NYU School of Civil Engineering and Architecture as well as the Brooklyn Collegiate and Polytechnic Institute (widely known as Brooklyn Poly) were founded. Their successor institutions merged in January 2014 to create a comprehensive school of education and research in engineering and applied sciences, rooted in a tradition of invention, innovation and entrepreneurship. In addition to programs at its main campus in downtown Brooklyn, it is closely connected to engineering programs in NYU Abu Dhabi and NYU Shanghai, and it operates business incubators in downtown Manhattan and Brooklyn. For more information, visit http://engineering.nyu.edu.