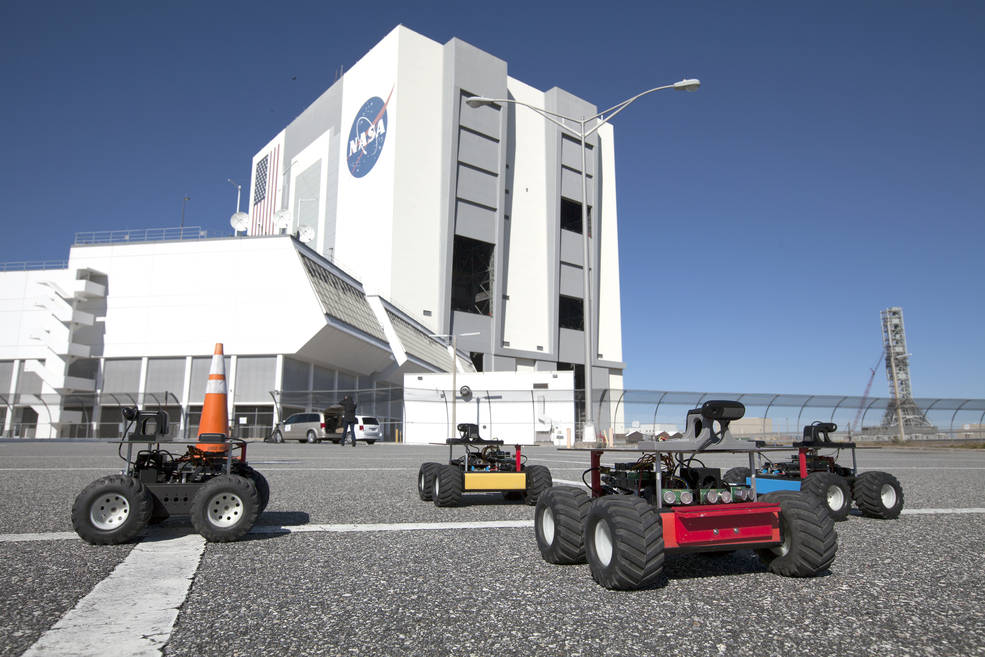 Students from minority-serving universities and community colleges around the country will demonstrate their programming for “Swarmie” robots April 20-21 at the Kennedy Space Center Visitor Complex in Florida.

Twelve teams developed search algorithms for small robots that can operate autonomously and are programmed to communicate and interact as a collective swarm, similar to ants foraging for food. During the competition, the teams’ algorithm will run on the Swarmie robots in an official competition arena. Groups will be ranked by the number of resources their search algorithm is able to locate in a specified period of time.

Media representatives are invited to cover the event from 9:30 a.m. EDT to 1 p.m. on Wednesday, April 20. For access, journalists should contact Andrea Farmer at 321-223-1091 or afarmer@delawarenorth.com.

The competition is a NASA Minority University Research Program project, which strives to ensure that underrepresented and underserved students participate in NASA education and research. The Swarmies were designed through collaboration between the University of New Mexico and NASA Kennedy Space Center’s Swamp Works Facility.

As NASA expands human presence in the solar system, like the journey to Mars, the goal of the Swarmathon competition is to develop integrated robotic platforms that could revolutionize space exploration though the utilization of extraplanetary resources.

For more information about the competition, visit:

For information about the Kennedy Space Center Visitor Complex, visit: