Excluding the non-cash revenue related to the ISS cameras of $5.3 million recorded in the first quarter of 2016, revenues increased by $2.6 million, or 38%, from higher Earth Observation (EO) imagery sales and higher engineering services revenues.

For fiscal 2017, the Company expects to achieve revenue of between $52 and $60 million and adjusted EBITDA of between $7 and $12 million.

"The Company is continuing to execute on our current business, which is growing and from which we've removed a lot of operating costs," said Wade Larson, UrtheCast's President and CEO. "At the same time, we're very pleased with the momentum on our big initiatives of UrtheDaily and OptiSAR. We expect to make announcements on both fronts soon."

The following table provides selected financial information of the Company, which was derived from, and should be read in conjunction with, the unaudited condensed interim consolidated financial statements for the three months ended March 31, 2017. 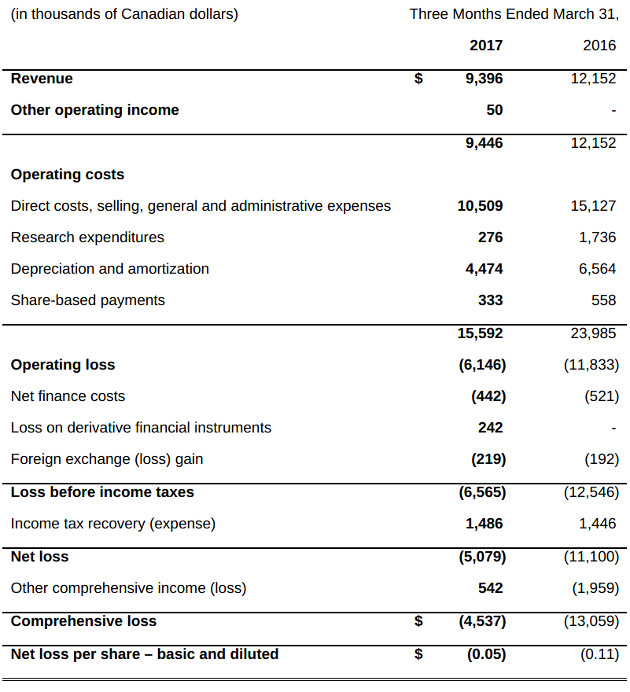 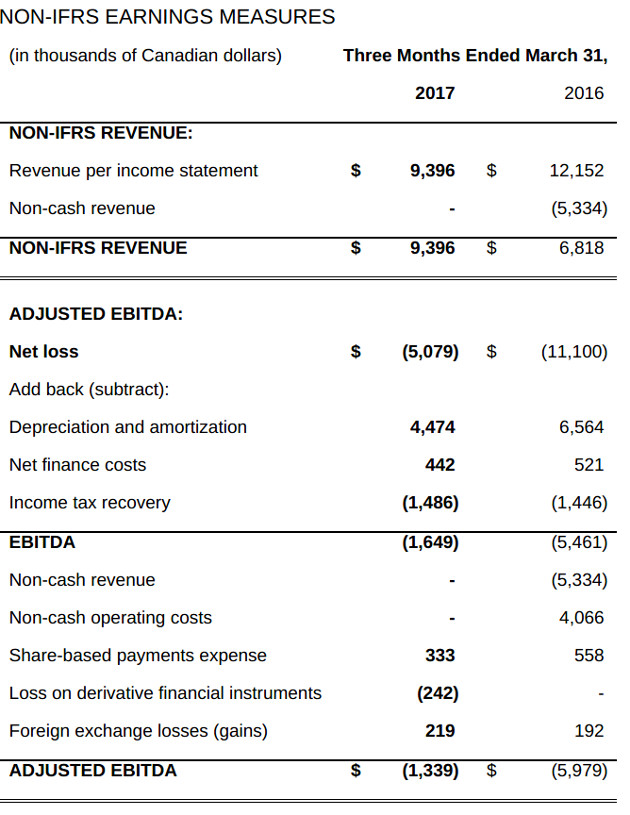 UrtheCast Corp. is a Vancouver-based technology company that serves the rapidly evolving geospatial and geoanalytics markets with a wide range of information-rich products and services. The Company operates Earth Observation (EO) sensors in space, including two satellites, Deimos-1 and Deimos-2, to produce imagery data that is displayed on UrtheCast's cloud-based web platform and sold to partners and customers. Through its subsidiary Deimos Imaging, UrtheCast processes and distributes imagery data and value-added products on behalf of the PanGeo Alliance, a network of eight satellite operators with a combined 15 medium- and high-resolution EO sensors. UrtheCast is also developing and expects to launch two EO satellite constellations: the world's first fully-integrated constellation of sixteen multispectral optical and SAR satellites, called OptiSAR™, and an eight-satellite constellation designed to capture high-quality, medium-resolution optical imagery of the Earth's entire landmass (excluding Antarctica) every day, called UrtheDaily™. Together, the Company believes these constellations will revolutionize monitoring of our planet with medium- and high-resolution, high-coverage and high-revisit imagery in all weather conditions. Common shares of UrtheCast trade on the Toronto Stock Exchange as ticker 'UR'.