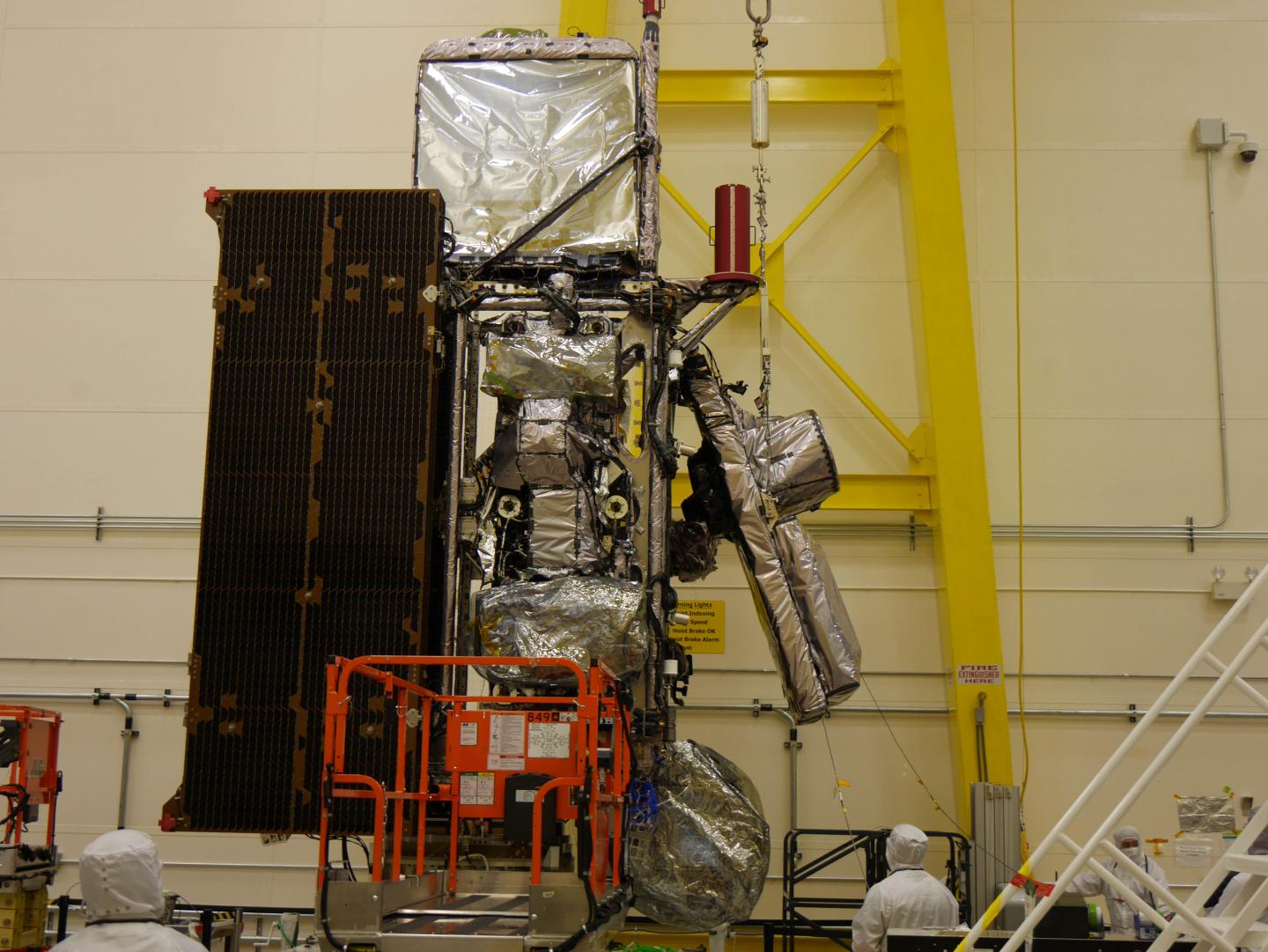 Progress continues on the development of NOAA's GOES-S and GOES-T spacecraft that will follow the successful launch of the Geostationary Operational Environmental Satellite or GOES-R, renamed GOES-16 upon reaching geostationary orbit.

The GOES-S satellite is fully integrated and is currently undergoing its final functional testing to confirm it successfully passed mechanical and thermal environmental testing. Electromagnetic testing, which is performed to ensure that the electromagnetic signals produced by satellite components do not interfere with its operation, is underway. GOES-S will complete testing this fall and be shipped to NASA's Kennedy Space Center in December for final launch preparations.

In parallel with the GOES-S testing, progress is being made in assembling the third satellite of the GOES-R series, GOES-T. Five of its instruments were delivered to the Lockheed Martin facility in Littleton, Colorado. The two solar viewing instruments, SUVI (Solar Ultraviolet Imager) and EXIS (Extreme Ultraviolet and X-ray Irradiance Sensors), are now integrated to the solar-pointing platform of the spacecraft. The majority of the spacecraft avionics have been integrated to the GOES-T system module and functional testing is underway. In mid-July 2017, the GOES-T core propulsion module was delivered, and in September, the propulsion module and the system module will be mated together to form the main body of the spacecraft.

GOES-S is currently scheduled for launch in spring 2018 and GOES-T is planned for 2020. They will be designated GOES-17 and GOES-18 once they reach orbit.

The GOES-R satellite series consists of GOES-R, GOES-S, GOES-T and GOES-U. This series is more advanced than the current GOES fleet in that the satellites can scan Earth five times faster, at four times the image resolution, with triple the number of channels for more accurate, reliable weather forecasts and severe weather outlooks. They also provide critical solar monitoring and space weather observations.