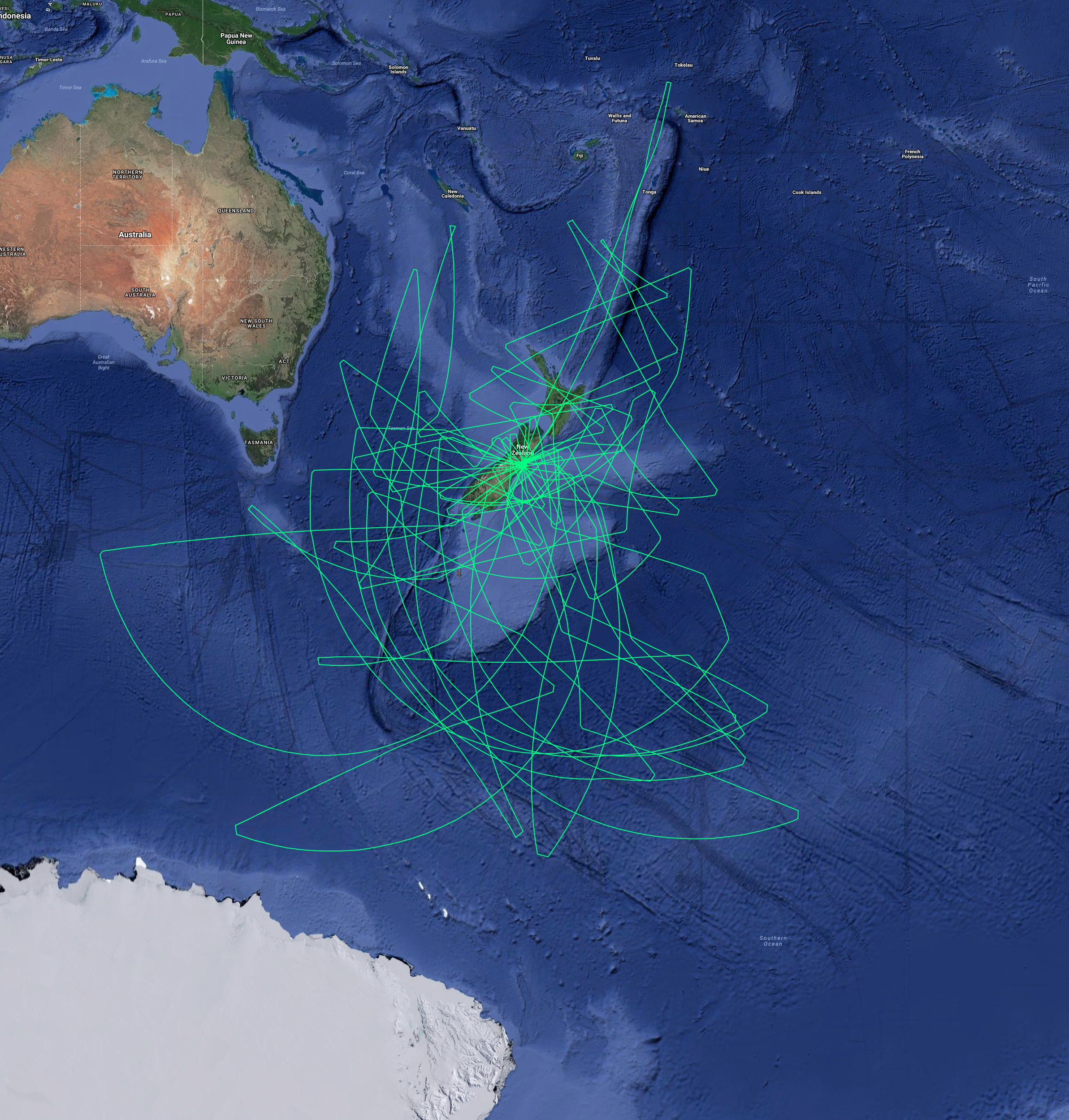 The Stratospheric Observatory for Infrared Astronomy, SOFIA, completed its fourth set of observations from Christchurch, New Zealand. The team spent seven weeks operating from the U.S. Antarctic Program facility at Christchurch International Airport, enabling researchers onboard to observe celestial objects that are best studied from the Southern Hemisphere.

Observing highlights from this year included studying Supernova 1987A, the closest and one of the brightest exploding stars in more than 400 years.  Researchers used SOFIA’s airborne location, above 99 percent of the infrared blocking water vapor in Earth’s atmosphere, and its powerful instruments, to study the material expanding from the supernova. Other telescopes, including the Hubble Space Telescope, the Chandra X-ray Observatory and SOFIA’s predecessor the Kuiper Airborne Observatory, have previously studied this supernova, but the instruments on SOFIA are the only tools currently able to study the debris around it at infrared wavelengths. These observations will help scientists better understand the characteristics of the star's debris which can only be seen with infrared light and may become the building blocks of future planets and stars.

During a specially timed flight, scientists from the New Horizons mission used SOFIA to search for debris around the spacecraft’s next flyby target, a Kuiper Belt Object called MU69. Using data from the Hubble Space Telescope and the European Space Agency’s Gaia satellite, the team flew into the predicted path of MU69’s shadow as it crossed Earth’s surface. Searching for debris is an important step in planning the spacecraft’s flyby on January 1, 2019.  These observations continued a history of collaboration between the two missions as researchers used SOFIA to make similar observations of Pluto two weeks before the spacecraft’s flyby in 2015.

“The MU69 occultation was the most challenging occultation we’ve studied, but we optimized our observing strategy,” said Kimberly Ennico Smith, SOFIA project scientist. “We also continued airborne astronomy’s legacy of making infrared observations of Supernova 1987A at wavelengths inaccessible to other observatories. We are eagerly awaiting the results from all of these observations.”

After its seven weeks of successful Southern observations, the team and observatory returned to its base at NASA’s Armstrong Flight Research Center’s Hangar 703 in Palmdale, California.

SOFIA is a Boeing 747SP jetliner modified to carry a 100-inch diameter telescope. It is a joint project of NASA and the German Aerospace Center, DLR. NASA’s Ames Research Center in California’s Silicon Valley manages the SOFIA program, science and mission operations in cooperation with the Universities Space Research Association headquartered in Columbia, Maryland, and the German SOFIA Institute (DSI) at the University of Stuttgart. The aircraft is based at NASA’s Armstrong Flight Research Center's Hangar 703, in Palmdale, California.