The nSight-1 mission has recently achieved yet another milestone in that it is operational now for more than 120 days in space. The nSight-1 nanosatellite forms part of the European Commission’s QB50 project and was designed and built by SCS Space (Pty) Ltd, a subsidiary of the SCS Aerospace Group (South Africa’s largest privately owned group of satellite companies). The nanosatellite was launched to the International Space Station on the 18th of April 2017 and successfully deployed into a 400km low-Earth orbit on the 25 May 2017.

A specific nSight-1 mission objective is to allow for the testing of the newly developed “SCS Gecko Imager”. The Gecko imager was developed in-house by the SCS Space team and features a unique modular design that includes an RGB matrix sensor, integrated high-speed flash memory and an FPGA processor. These features enable the imager to achieve high frame and data transfer rates.  Up until July 2017, due to our limited data downlink budget, the imager was operated in single-snapshot mode and a number of images were successfully processed and downloaded.

Since August the imaging testing has now entered the sequential-imagine phase which allows for partially overlapping images to be taken in quick succession during a single power-on cycle. This marks yet another milestone for the nSight-1 mission in that the SCS Gecko imager has successfully produced sequential partly overlapping images taken of Vredefort Dome, an impact crater listed by UNESCO as a World Heritage Site in South Africa (see www.vredefortdome.org/ and https://en.wikipedia.org/wiki/Vredefort_crater). The crater rim with the Vaal River passing through are visible in the central part of the image. 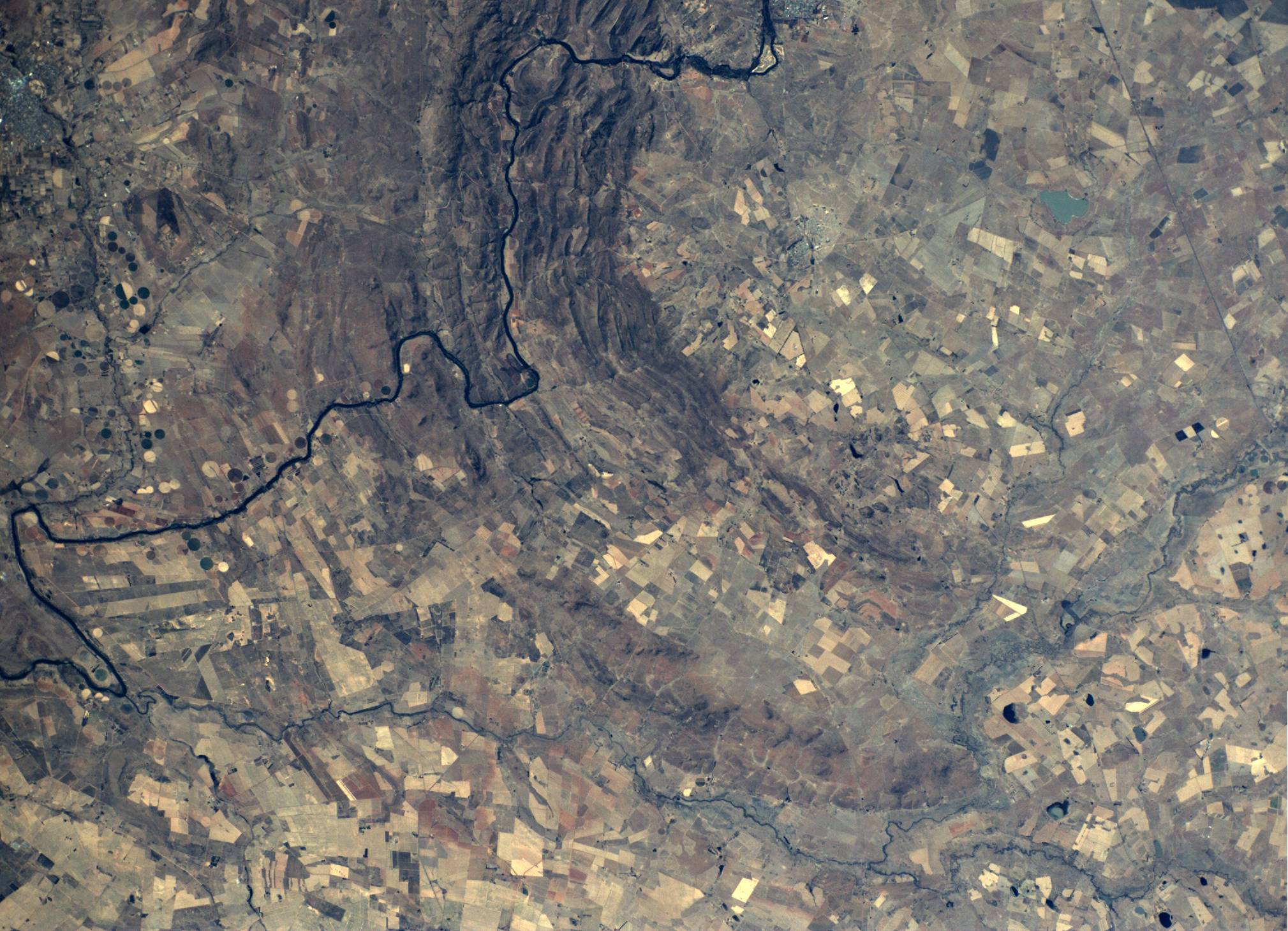 These overlapping images allow for further investigations by SCS Space in support of further enhancement of the radiometric and geometric performance of its portfolio of imagers. This technology has since been applied to imaging payloads for larger satellites that support multiple spectral bands and more powerful optics. The SCS Gecko imager has a compact form factor that is optimised for integration with 2U or larger CubeSat frames. It is commercially available, including online at www.CubeSatShop.com.

Another significant milestone achievement relates to the second main payload incorporated as part of the QB50 project of the European Commission, the FIPEX atmospheric science payload. This instrument is currently operating daily (twice the contracted frequency) collecting data for roughly 10 minutes at 11h00 UTC. The data is enhanced with satellite altitude metadata before it is uploaded to the prime investigator’s (The von Karman Institute for Fluid Dynamics) database. The von Karman Institute for Fluid Dynamics is a non-profit educational and scientific organisation which specialises in three specific fields: aeronautics and aerospace, environment and applied fluid dynamics, turbomachinery and propulsion. On the occasion of the International Astronautical Congress 2017 in Adelaide, Australia (25-29 September), Dr Davide Masutti, Project Leader from the Von Karman Institute for Fluid Dynamics in Belgium, complimented the SCS Space team stating that he “is really impressed and grateful for the valuable contribution to the program. nSight-1 remains the only satellite in the QB50 project providing data, moreover, regularly providing data. This is fantastic and the team should really be proud of the achievement!”

SCS Space CEO, Hendrik Burger, confirms that “nSight-1 is currently the only QB50 satellite delivering FIPEX science data to the QB50 project as other satellites in orbit are still in their commissioning phase. We are very proud that, as part of an international satellite project, our satellite is in its intended orbit and successfully responding to commands from our ground station.”

SCS Aerospace Group, together with Pinkmatter Solutions and the Department of Trade invested in the Sight-1 nanosatellite. A special thanks during these past 120 days for the significant contributions by, the Satellite Engineering team of the Stellenbosch University providing attitude control system hardware and software support, Denel SpaceTeq for support related to the mission control system of nSight-1 and to the Space Advisory Company for ground station maintenance management and processing and enhancements of the satellite images.

The nSight-1 mission is a pathfinder satellite that, is operational and active for more than 120 days in orbit, it succeeded in delivering results on primary mission goals and demonstrates operational earth observation capability in a nanosatellite.