Sierra Nevada Corporation (SNC) has formalized its agreement with NASA under Next Space Technologies for Exploration Partnerships-2 (NextSTEP-2), signing a contract to design and develop a prototype for a deep space habitat. The formal signing of the contract under NextSTEP Broad Agency Announcement, Appendix A: Habitat Systems, aimed at enabling potential long-duration human missions in deep space, clears the way for actual production of SNC's prototype in the coming months.

SNC is partnering with Aerojet Rocketdyne and ILC Dover to begin the conceptual architectural design; they will build a full-scale ground prototype of the main habitable volume over the next 19 months.

“The future of human spaceflight includes long-duration travel in deep space and these prototypes will help develop the concepts to make it possible. The idea that humans are starting to expand farther into space than ever before is exciting and we’re thrilled to be a part of it,” said Fatih Ozmen, owner and CEO of SNC.

The public-private habitation development work supports NASA’s study of a deep space gateway concept in cislunar space. Located in lunar orbit, a gateway could enable a new level of space exploration never before possible. NASA gateway studies and prototypes will be used to look at commercial capabilities and risk reduction as the agency defines requirements and objectives for the spaceport.

If the concept is approved, the gateway would launch in several elements, and the first would be power and propulsion. SNC is studying this element under a separate NextSTEP Broad Agency Announcement contract award for Appendix C: Power and Propulsion Studies. SNC envisions the power and propulsion element utilizing the company’s logistics and control module (LCM) and solar electric propulsion module (SEPM) as initial building blocks for our proposed deep space gateway architecture concept.

SNC’s concepts could incorporate all of NASA’s key elements for a gateway:

SNC previously won a NASA award for Phase I of the project that allowed research on a concept study for a habitat life support system. The study incorporated the concept and development of a prototype for the Greenwall, an advanced plant growth system for long-duration human sustainability in deep space. 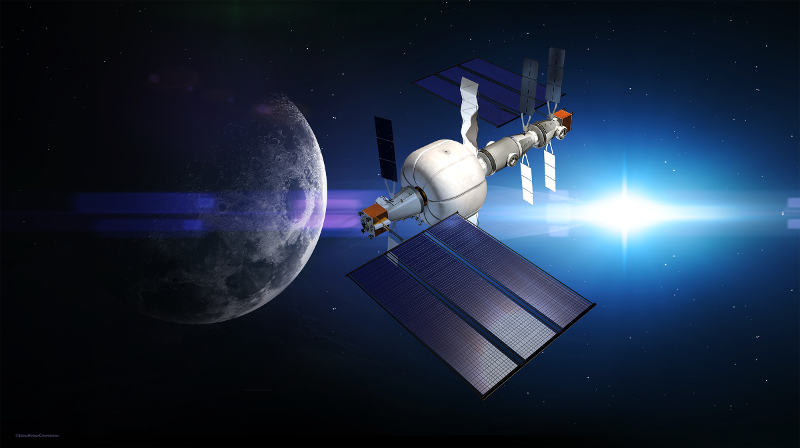 Recognized as one of “The World’s Top 10 Most Innovative Companies in Space,” Sierra Nevada Corporation (SNC) provides customer-focused advanced technology solutions in the areas of space, aviation, electronics and systems integration. SNC’s Space Systems business area based in Louisville, Colorado, designs and manufactures advanced spacecraft, space vehicles, rocket motors and spacecraft subsystems and components for the U.S. Government, commercial customers, as well as for the international market. SNC has more than 25 years of space heritage, participating in more than 450 successful space missions and delivering 4,000+ systems, subsystems and components around the world.