Images from Inside Bigelow Aerospace's Genesis I Released

Hello from Genesis I

These are interior photos from a portion of the Genesis I spacecraft currently in orbit. The images are a small sample of what we hope to produce in the "Fly Your Stuff" program. The blurred images are actual photos and items in flight. As these are all preliminary samples, they DO NOT accurately reflect the quality of image we hope to produce. The images we produce for the "Fly Your Stuff" program should be of a higher resolution and clarity, as we will have more cameras, improved main antenna signal and increased data streams.

Curious about the pixelization? Please see our "About Image Pixelization" page for more information. 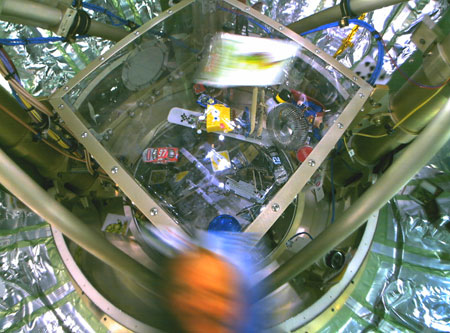 This clear image shows some of the fun items that were flown by Bigelow Aerospace employees. 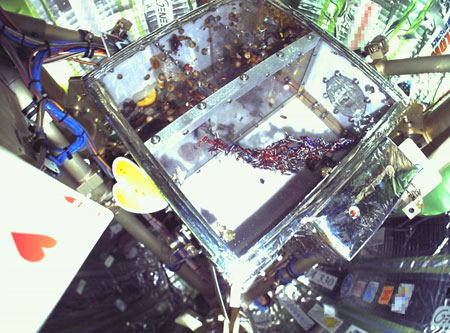 The pictured box contains Mexican jumping beans and a magnetic experiment. This small experiment consists of two electromagnets surrounded by small metal objects of varying sizes and colors. As the electromagnets are alternately activated and deactivated, the metal shapes in between form a new "sculpture" each time. 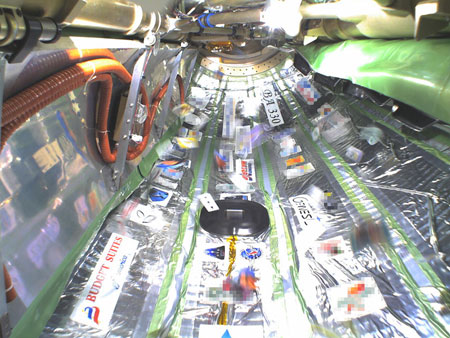 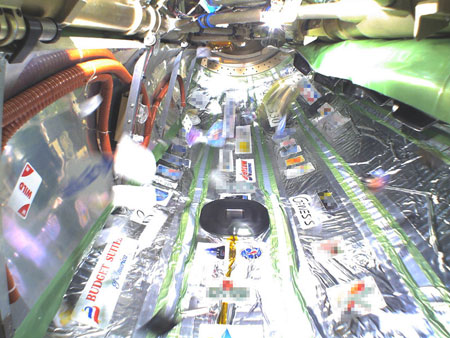