We have found our way to Christchurch, New Zealand where we are making our preparations for deployment to the ice. The United States Antarctic Program is located at the Christchurch airport where scientists are issued their heavy Antarctic clothing, pack all their scientific gear, and load up on one of several military transport planes (either a C-17 or the tried and true C-130) that fly to the main U.S. base in Antarctica, McMurdo Station. The whole process in Christchurch takes a couple of days to get ready for deployment.

Consumed in the business of preparations, we suddenly realized that we had forgotten all about Thanksgiving! Sometimes Americans forget that holidays sacred to us pass by in other countries without note. We discovered this minor lapse in memory on Friday, the day after Thanksgiving. However, a reasonable compromise soon came to mind. Since New Zealand is across the International Date Line from the United States, we are a day head of everyone back home. It being Friday here is actually Thursday back in the States. So the solution to this problem became apparent. We celebrated our Thanksgiving on Friday evening in New Zealand which just happened to be the exact same time that all our families back home were also celebrating.

This year's ANSMET search area for meteorites is in the Grosvenor Mountains, a section in the Trans Antarctic Mountain range. This mountain range goes from McMurdo Station near the coast and travels northwest into the interior (west of the geographic South Pole). 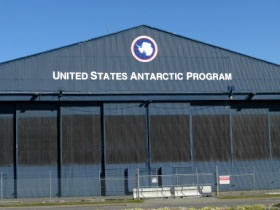 At first I found the idea of an eastward and westward direction a bit confusing when every direction you travel from the south pole is north. However the cartographers have logically worked this all out by defining that when looking at a map of Antarctica with the 0 degree longitude line "up," everything to the right of this longitude is east and everything to the left is west. This makes sense since this corresponds with the normal labels of east and west longitude.

So our search area - the Grosvenor Mountains - is located at about 86 degrees south latitude and 175 degrees east longitude which places our base camp about 400 kilometers (240 miles) from the south pole. 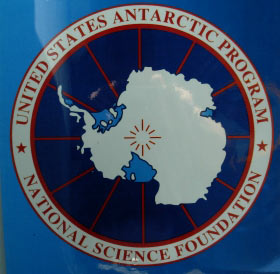 To get to our base camp is not as straightforward as say, flying from Los Angeles to Houston. We first fly to McMurdo Station from Christchurch via C-17 military transport, about an eight-hour flight and 3,900 kilometers (2,400 miles). From McMurdo, we receive a few days worth of glacier training and then fly via C-130 to South Pole Station, a U.S. base located at the south pole about 1,200 kilometers (730 miles) from McMurdo. From there we fly to our base camp via a DeHavilland Twin Otter, a rather smallish high-wing airplane that is the equivalent of a flying pickup truck.

Since we have yet to make this journey, it will be interesting to see how it actually unfolds.