A serene orb of ice is set against the gentle pastel clouds of giant Saturn. Rhea transits the face of the gas giant, whose darkened rings and their planet-hugging shadows appear near upper right.

Rhea is the second largest of Saturn's moons at 1,528 kilometers (949 miles) across. This view looks toward the unilluminated side of the rings from about 3 degrees above the ring plane. 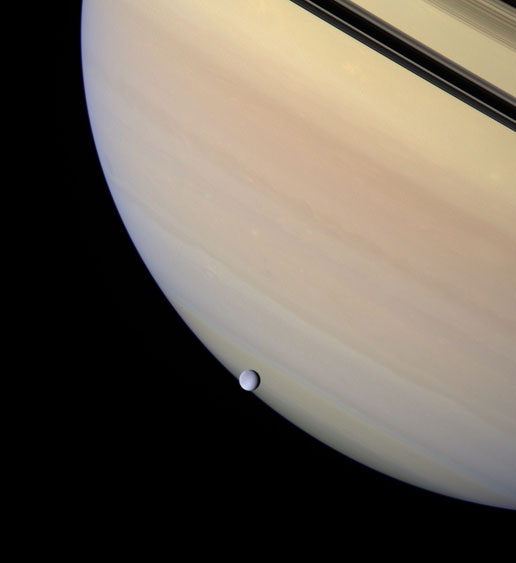 For more information about the Cassini-Huygens mission visit http://saturn.jpl.nasa.gov . The Cassini imaging team homepage is at http://ciclops.org .