We've got one last night here camped at 11,300' above sea level, the time being very well spent, allowing our bodies to acclimatize to the relatively thin atmosphere en route to the summit.

We had an incredible hike today, topping out at 13,300' along a beautiful ridgeline, then visiting a surprisingly capable hospital in Kunde, a monastery with what's puported to be a Yeti skull (yes, I said Yeti), and then continued on to see the Hillary School, founded by Sir Edmund's charitable trust in 1961.

Adam and I have acclimatized really well, and have appetites to match. Our cook staff have served up amazing meals for us despite sometimes difficult conditions --- appealing foods are going to be critical to our success, as the body needs more calories as we ascend, but it becomes increasingly difficult to force it down.

We've got a really nice group of climbers on the IMG team, and I'm looking forward to getting to know them better over the weeks ahead. Before I know it I'll probably know all of their kids' names and birthdates, and we'll have exchanged all of our best jokes several times over...

Tomorrow we depart Namche for Tengboche, the site of a famous monastery and the location of camp for the next two nights. We'll then step up towards Dengboche, Gorak Shep and Everest Base Camp, arriving 7 April. I can't say enough about the amazing views and wonderful people I've met along the trail thus far, and I look forward to sharing more of the experience with you in the coming weeks.

That said, the Nepalese Ministry of Tourism has announced some new regulations that will affect our ability to blog from 1 April until 10 May. We need to respect the rules of our host country, and therefore we won't be able to post updates during this time.

That said, the IMG website should be able to continue to post general updates until such time as we can catch you up on our activities. We anticipate being able to climb up to Camp 3 by the end of April, and we'll be in great position to begin our summit bids in the second to fourth weeks of May. 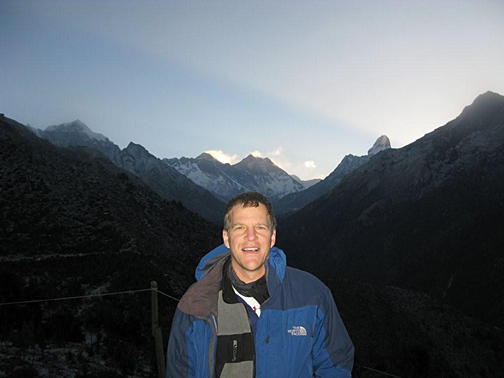 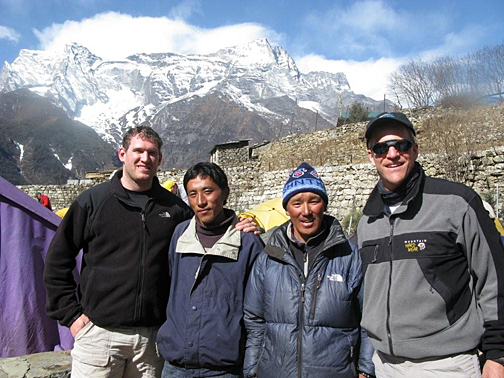 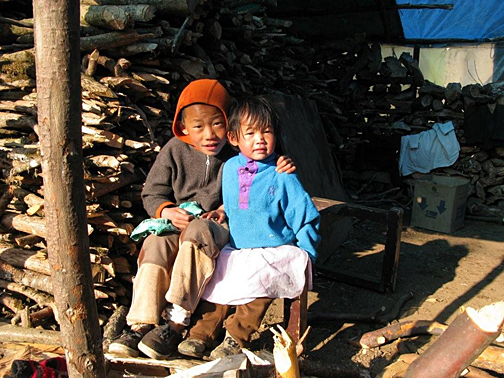 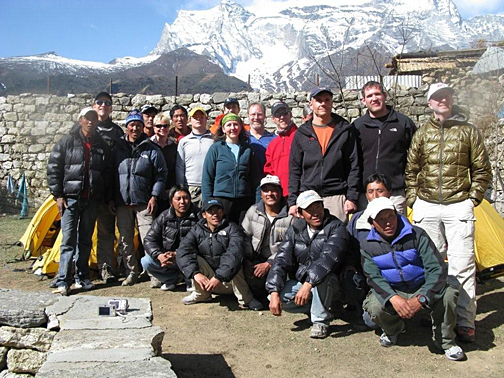 Our entire team at Namche Bazar 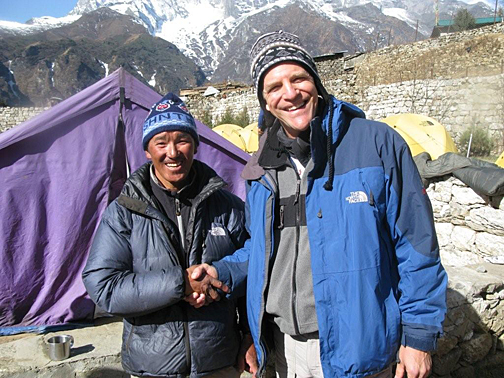 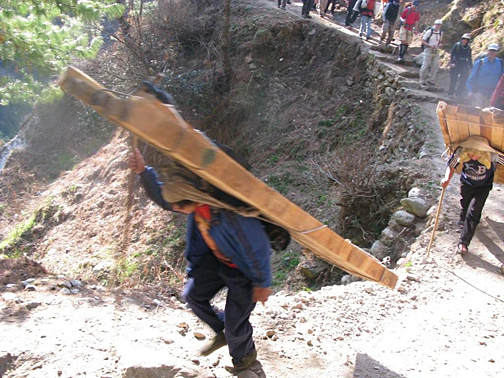 Porters performing an impressive display of strength: a porter carrying a massive amount of lumber to the market in Namche Bazar. This is not a trivial hike even with a light day pack! 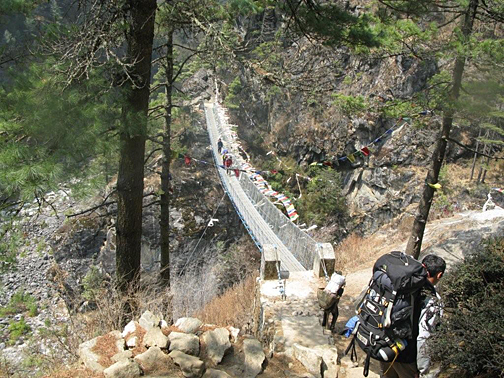 One of the many suspension bridge crossings.