As part of the EPOXI mission's objectives to characterize the Earth as a planet for comparison with planets around other stars, the spacecraft looked back at Earth collecting a series of images.

The image on the right is a simulation showing the view of Earth from the spacecraft's perspective.

Image was stretched to make the moon brighter and easier to see beside the brighter Earth. 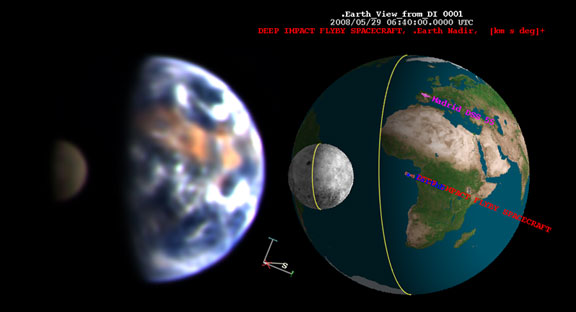