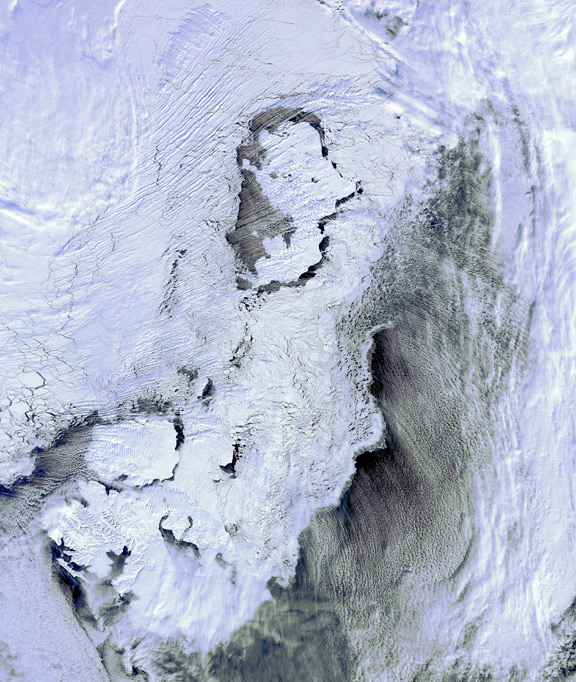 Preparing for this year's launch of the first Galileo navigation satellites, ESA today inaugurated the most northerly node in its worldwide network of Galileo ground stations. Svalbard is positioned more than 78*N, less than a thousand kilometres from the North Pole.

SvalSat was established by the Norwegian Space Centre in 1997. However, since 2002, the station has been owned and operated by Kongsberg Satellite Services.

At the same time, Director Faivre and Kongsberg VP Rokenes also signed contracts for Svalbard's operation through to the end of 2014 as well as for two further Galileo ground stations on Norwegian territory: a station to be built on Jan Mayen Island in the North Atlantic, and an existing site at Norway's Troll base in the Antarctic.

ESA signed the contracts in its capacity as procurement agent for the Galileo programme on behalf of the European Commission.

Svalbard is one of the remotest Galileo ground stations. The road to Spitsbergen's main settlement of Longyearbyen is regularly blocked by severe weather - a helicopter pad provides back-up access for the 23-strong team of engineers who operate SvalSat around the clock - and there are more polar bears than people on the island as a whole.

There is a lot more to Galileo than just satellites in space. The worldwide ground infrastructure ESA has put in place will ensure the continued reliability of the Galileo signal's time and positioning information.

Satellite navigation relies on the user's receiver calculating the time and place in space that the signal was transmitted to an extremely high level of accuracy. But onboard atomic clocks can still drift, as can the orbits of the satellites themselves, perturbed by gravitational influences and the slight but significant push of sunlight.


So ESA's network of ground stations continuously checks each satellite's clock for any drift, as well as performing radio-ranging on the satellites to identify any orbital perturbation. If corrections are needed, they can be embedded in the latest version of the Galileo signal that is transmitted up to the satellites to be rebroadcast.

The entire Galileo system amounts to a combined ensemble of extremely accurate clocks that can inform its users if it is running slow or fast.