Oscillations in the Habitable Zone around Alpha Centauri B 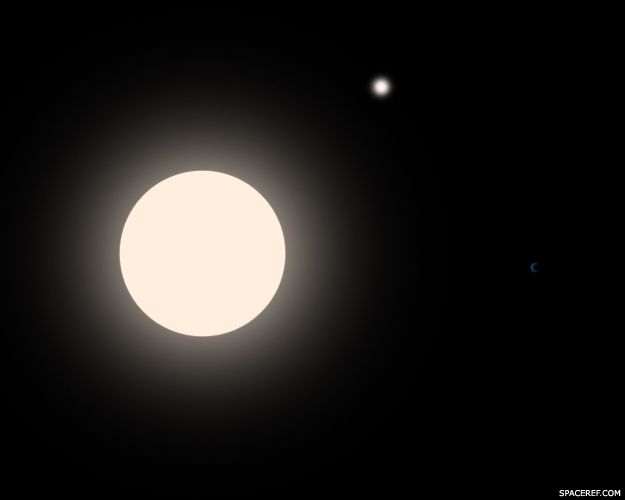 The Alpha Centauri AB system is an attractive one for radial velocity observations to detect potential exoplanets. The high metallicity of both Alpha Centauri A and B suggest that they could have possessed circumstellar discs capable of forming planets.

As the closest star system to the Sun, with well over a century of accurate astrometric measurements (and Alpha Centauri B exhibiting low chromospheric activity) high precision surveys of Alpha Centauri B's potential exoplanetary system are possible with relatively cheap instrumentation.

Authors studying habitability in this system typically adopt habitable zones (HZs) based on global radiative balance models that neglect the radiative perturbations of Alpha Centauri A.

We investigate the habitability of planets around Alpha Centauri B using 1D latitudinal energy balance models (LEBMs), which fully incorporate the presence of Alpha Centauri A as a means of astronomically forcing terrestrial planet climates.

We find that the extent of the HZ is relatively unchanged by the presence of Alpha Centauri A, but there are variations in fractional habitability for planets orbiting at the boundaries of the zone due to Alpha Centauri A, even in the case of zero eccentricity. Temperature oscillations of a few K can be observed at all planetary orbits, the strength of which varies with the planet's ocean fraction and obliquity.