SDO Observes Two Prominence Eruptions on the Sun (with video) 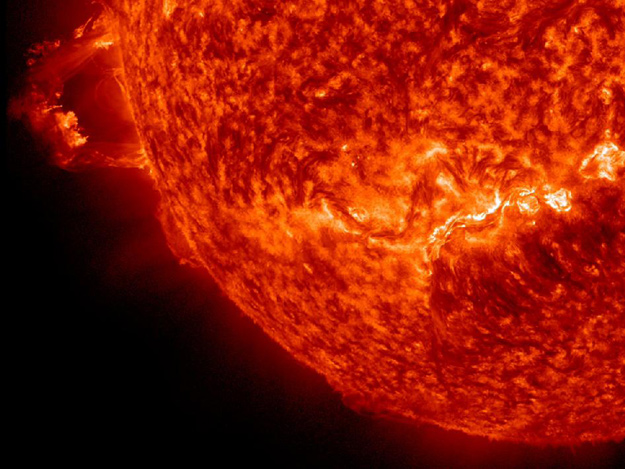 The Sun erupted with two prominence eruptions, one after the other over a four-hour period on Nov. 16, 2012, between the hours of 1 and 5 a.m. EST. The red-glowing looped material is plasma, a hot gas made of electrically charged hydrogen and helium. The prominence plasma flows along a tangled and twisted structure of magnetic fields generated by the sun's internal dynamo. An erupting prominence occurs when such a structure becomes unstable and bursts outward, releasing the plasma.

The action was captured by NASA's Solar Dynamic Observatory (SDO) in the 304 Angstrom wavelength of extreme ultraviolet light. The expanding particle clouds heading into space do not appear to be Earth-directed.