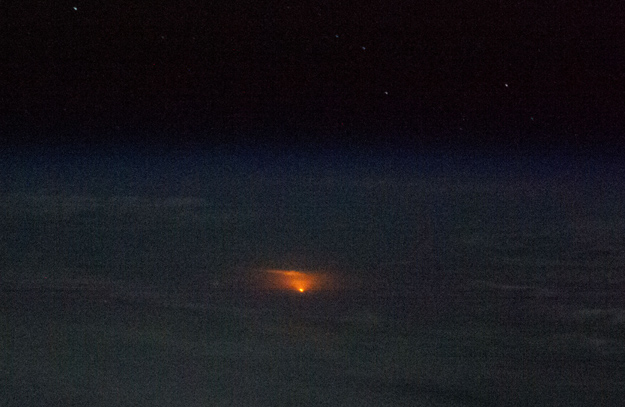 One of the Expedition 35 crew members aboard the Earth-orbiting International Space Station took this photo which was part of a series documenting the launch of the "other half" of the Expedition 35 crew. The Soyuz TMA-08M rocket launched from the Baikonur Cosmodrome in Kazakhstan on March 29, 2013 (Kazakh time) carrying Expedition 35 Soyuz Commander Pavel Vinogradov, NASA Flight Engineer Chris Cassidy and Russian Flight Engineer Alexander Misurkin to the International Space Station. Their Soyuz rocket launched at 2:43 a.m., March 29, local time, while it was still March 28 in GMT and USA time zones. ISS035-E-010313 (28 March 2013) - high res (2.7 M) low res (49 K)