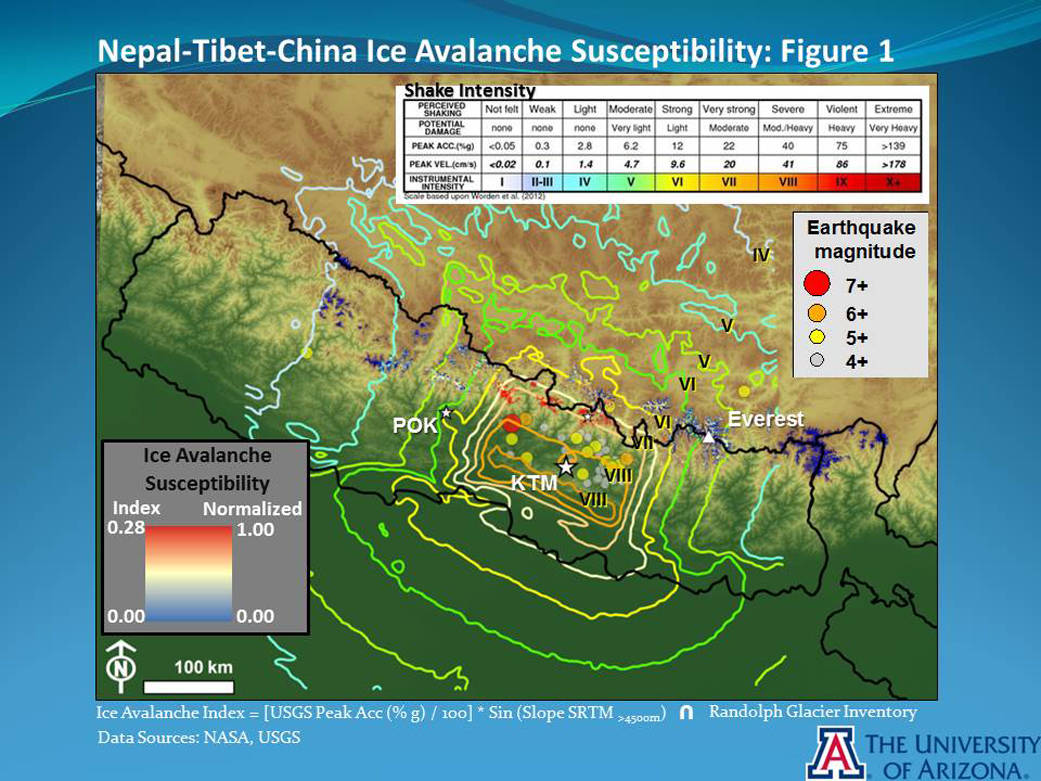 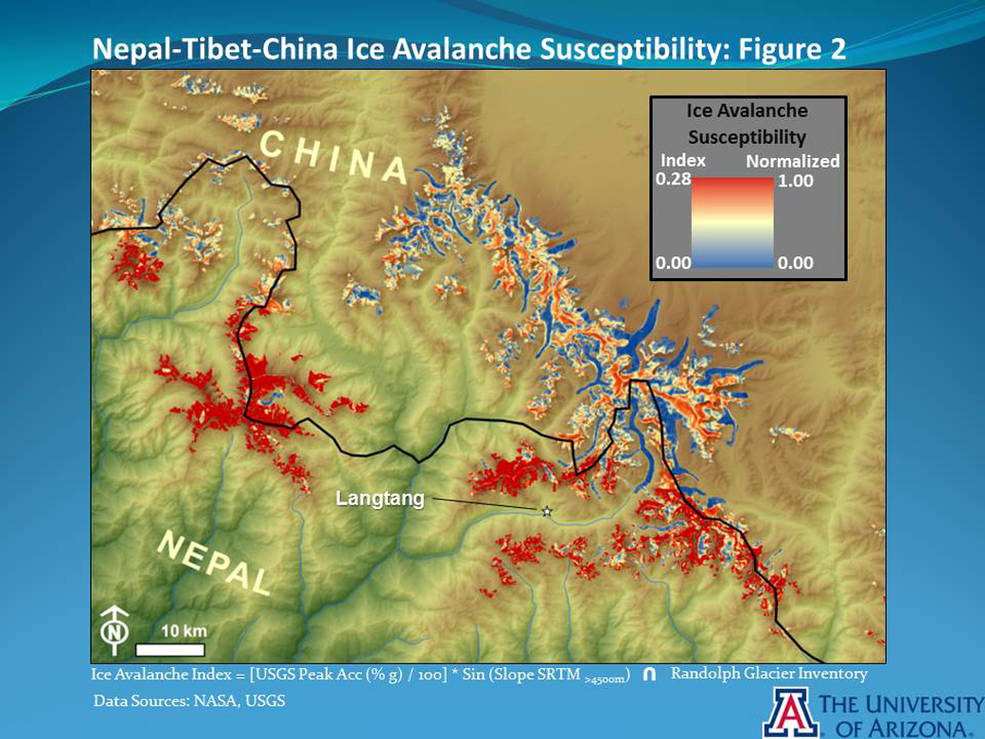 The April 25, 2015, magnitude 7.8 Gorkha earthquake in Nepal violently shook regions of icy peaks and valleys in parts of the high Himalaya closest to the epicenter. The University of Arizona, in collaboration with NASA scientists, produced a map showing the susceptibility of glaciers in Nepal and neighboring Tibet to produce ice avalanches as a result of the quake.

The distribution of glaciers is from the Randolph Glacier Inventory 4.0: http://www.glims.org/RGI/ .

The full-resolution Gorkha Earthquake-Induced Ice Avalanche Susceptibility Map is accessible from the link below as a raster data file for the index, and as high-resolution maps on different bases -- the SRTM elevation and the pre-earthquake Landsat 8 photomosaic generated for the earthquake response activity. The map does not portray the relative likelihood of post-earthquake secondary events, as the shaking due to the primary shock is finished. Secondary events will be controlled more by standard landslide and avalanche susceptibilities; local possible large aftershocks may affect the distribution of secondary events.

The three images here are examples from the Gorkha Earthquake-Induced Ice Avalanche Susceptibility Map. Figure 1 includes USGS shake map contour lines and the epicenters of some aftershocks. Figure 2 zooms in on the Langtang area. Figure 3 shows a sample of a mountain hazard feature database combined with avalanche susceptibilities. The mountain hazard database, a work in progress, shows potential hazard features identified by an international team of more than 40 analysts from the United States, Canada, Switzerland, Nepal, The Netherlands and China who are poring over satellite imagery.

Landsat 8 base (plus a piece of SRTM):
http://web.hwr.arizona.edu/GLIMS/2015-Nepal-Earthquake-Ice-Susc-LS8-UArizona-1000dpi.jpg

SRTM base with earthquake-induced ice avalanche susceptibility index and locations of hazard features produced by the Volunteer Team:
http://web.hwr.arizona.edu/GLIMS/2015-Nepal-Earthquake-Hazards-Ice-Suscept-SRTM-UArizona.jpg