Soyuz TMA-18M Has Left The Planet And Is In Orbit 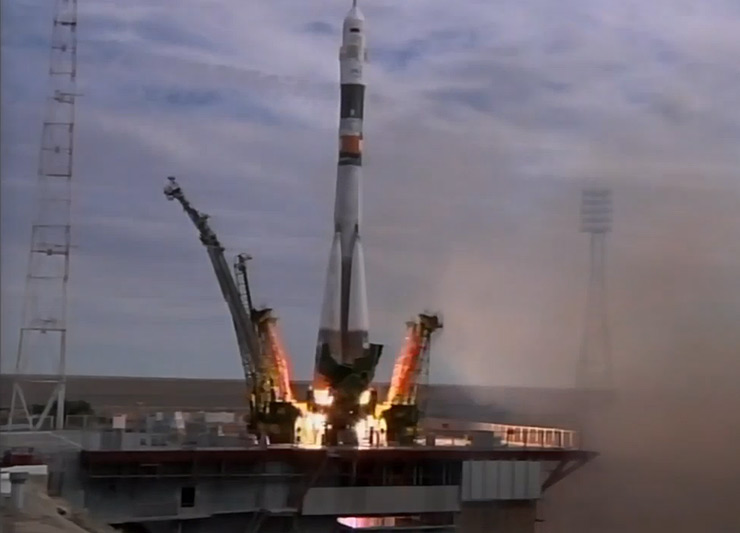 Soyuz TMA-18M lifted off from Baikonur Cosmodrome in Kazakhstan on time on Wednesday 2 September at 12:37 a.m. EDT. The crew is now safely in orbit.

Sergey Volkov of Roscosmos, Andreas Mogensen of ESA (European Space Agency) and Aidyn Aimbetov of the Kazakh Space Agency have boarded the Russian Soyuz TMA-18M spacecraft that carried them to the International Space Station.

The crew will make 34 orbits of Earth in two days en route to the station before arriving Friday, Sept. 4. The three will join Expedition 44 Flight Engineers Scott Kelly and Kjell Lindgren of NASA, Commander Gennady Padalka and Flight Engineers Oleg Kononenko and Mikhail Kornienko of Roscosmos, and Kimiya Yui of the Japan Aerospace Exploration Agency (JAXA). It will be the first time since 2013 that nine people will be aboard the orbiting laboratory.

The trip enables Roscosmos to rotate a crew member and a Soyuz spacecraft. Volkov will remain aboard the station for the next six months, returning in March 2016 with one-year mission crew members Kelly and Kornienko in the Soyuz TMA-18M. Padalka, who launched in March with Kelly and Kornienko in the Soyuz TMA-16M, will return to Earth in that spacecraft on Sept. 11 with Mogensen and Aimbetov. Each Soyuz remains in orbit for about six months.