The aerospike flight test took place in the early afternoon under excellent weather conditions at the Mojave Test Area that is owned and operated by the non-profit Reaction Research Society. After a smooth countdown and nominal engine ignition, the thirteen-foot long P-2 quickly accelerated up a 60-ft launch rail and entered stable flight. Several seconds later it abruptly pitched ninety degrees and demonstrated unstable operation until finally transitioning into a ballistic terminal descent. The subsequent impact with the desert floor destroyed student payloads provided by a USC/JPL team and another from Cerritos High School, but the aft section with the aerospike survived relatively intact. Preliminary analysis indicates that the most probable cause for the observed flight behavior is that part of the engine's graphite exit outer ring experienced excessive and asymmetric erosion, which in turn created a side thrust component.

Dr. Eric Besnard, CALVEIN director and associate professor at CSULB, reports that the team will disassemble the Prospector 2 and complete analysis of available data within the coming week. "We are extremely satisfied with the initial results of the Prospector 2 aerospike flight test" says Dr. Besnard. "This mission had a single, simple primary objective - get the vehicle into the air using the liquid-propellant aerospike engine. We believe that our success in achieving this goal represents a small but important step in validating such engine technology for future reusable launch systems. From a broader perspective, this kind of hardware-based research and development, which has depended heavily on student contributions, is essential for preparing tomorrow's aerospace engineers who will be developing such vehicles."

This mission was actually the second for the Prospector 2, which first flew in February 2002 with a standard bell-shaped ablative engine chamber, and fourth overall for the CALVEIN team. John Garvey of Garvey Spacecraft Corporation (Huntington Beach, CA) notes that "We have already identified several areas for improving the basic aerospike engine design. At the post-flight data review we will collect any other lessons-learned from the flight test and then will update our near-term flight test plans. As always, the real challenge will be balancing what we would like to do with the available resources. We could either run more static fire tests to characterize the engine better or adapt the new Prospector 4 to carry an updated aerospike. We will know more once we have had a chance to open up the P-2 engine and take a look inside."

"Aerospike development is actually just one element of our company's strategy to pursue the low-cost development and validation of small launch vehicle technologies. We have another re-usable flight vehicle – the Prospector 3 – back in the CSULB lab that is our test bed for candidate thrust vector control technologies. We have already flown it earlier this year and the odds are good that we will be back at the MTA in several months to conduct another flight test with it. The key for us is to keep conducting these flights in combination with incremental improvements."

In addition to Garvey Spacecraft Corporation, other corporate contributors to the Prospector 2 flight test include Advanced Composite Products and Technologies (ACPT) and Electro-Tech Machining (ETM).

Additional information and photographs about the aerospike flight test, the Prospector 2 vehicle, CALVEIN and the participating organizations can be found at the following web sites:

Permission to use, publish and/or reproduce the accompanying photographs and/or those from related web sites is provided on the condition that credit to the photographer (if identified) is noted in any such application. 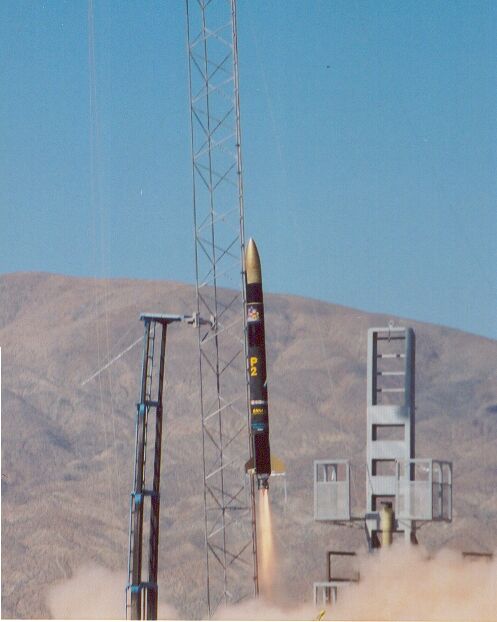 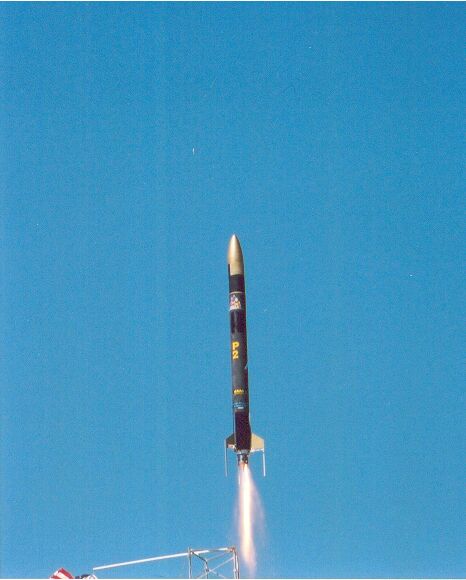 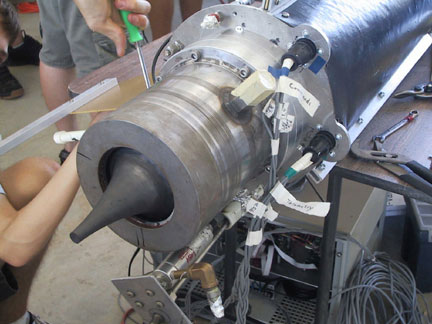 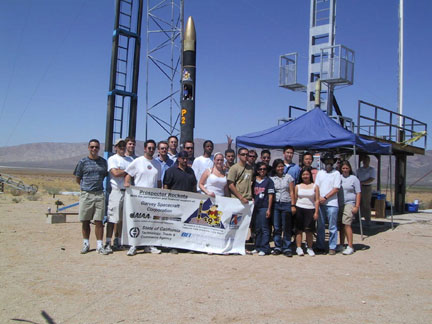