In honor of the official dedication of the National World War II Memorial in Washington, D.C., Space Imaging collected a new satellite image of the monument on May 14, 2004.

Seventeen years ago, the President authorized the American Battle Monuments Commission to build the Memorial in honor the 16 million men and women who served in the United States armed forces during World War II.

The Memorial's plaza encompasses the recently restored Rainbow Pool that has been located there since the 1920s. Fifty-six, 17-foot-high stone pillars representing the U.S. states, territories and the District of Columbia at the time of the war surround the plaza.

Two, 43-foot arches named the Atlantic Arch and Pacific Arch mark the north and south ends of the plaza.

The Memorial is scheduled to be formally dedicated on May 29, 2004. This image was collected from 423 miles in space as Space Imaging's IKONOS satellite moved from north to south at 17,000 mph along the eastern seaboard of the U.S. 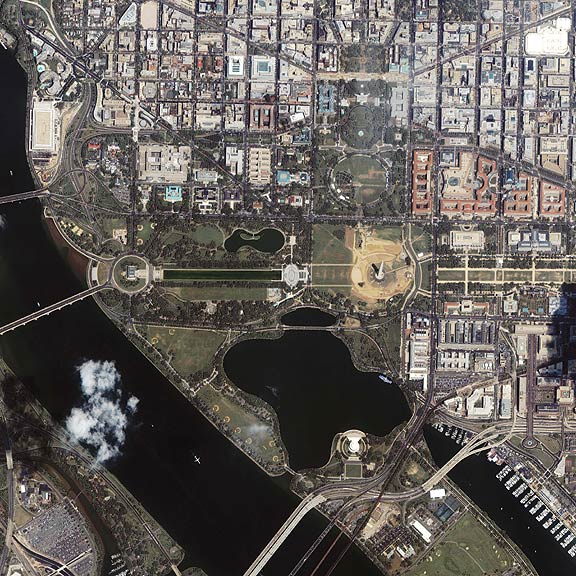