Workers at NASA's Kennedy Space Center (KSC), Fla. are continuing damage assessments and making repairs to get the center back up and running after Hurricane Frances. There is no indication spaceflight hardware or spares were damaged, and there are no reports of injuries to any KSC employees.

Numerous buildings and center infrastructure sustained wind and rain damage. KSC will remain closed to most personnel until Monday, while damage assessments and repairs continue. Video b-roll of KSC hurricane damage is airing on the NASA TV Video File. NASA will release additional footage as available.

Approximately 1,000 operations people are working at KSC today, up from about 200 yesterday. Power and phone service was restored to most of the center. Preliminary assessments of the center's two launch pads indicate they're in good shape. The SWIFT spacecraft, which is scheduled for launch early next month, also appears fine, but the building where it rode out the storm did sustain damage. Also, power was restored today to the third and final Orbital Processing Facility, which houses the Space Shuttle Discovery.

Assessment of KSC's landmark facility, the Vehicle Assembly Building (VAB), shows about 820 panels were torn off during the storm. Initial review of the VAB's interior indicates no serious damage to equipment, including two Space Shuttle External Tanks. Engineers are continuing their damage assessment. The Thermal Protection System Facility, where Space Shuttle tile and blankets are manufactured, suffered significant damage. Work is under way to recover critical spaceflight material, such as tile molds, from exposed areas. 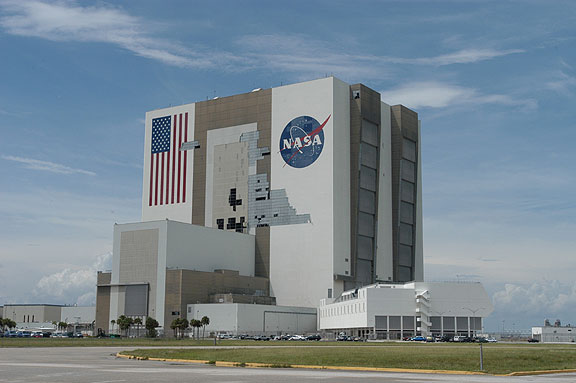 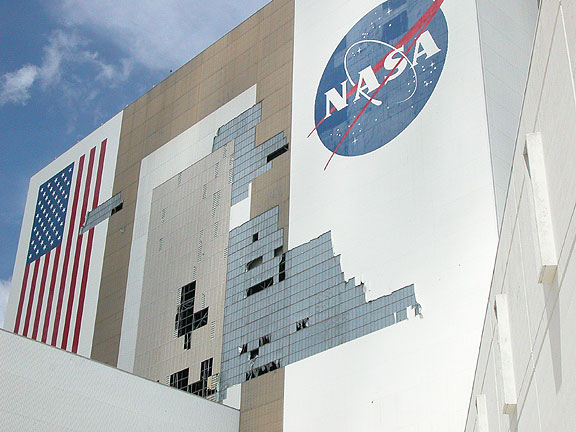 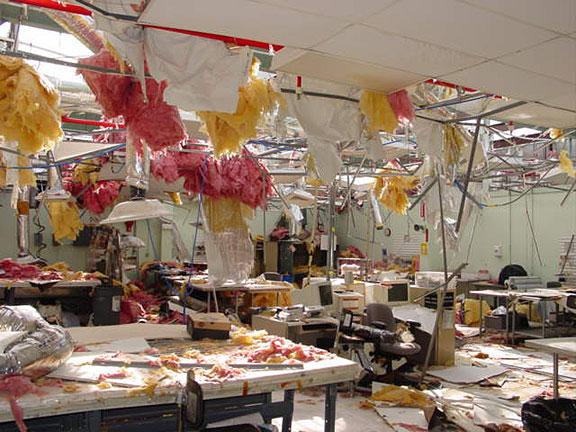 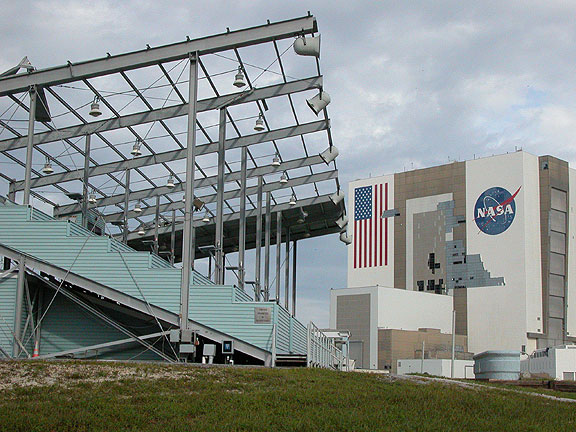