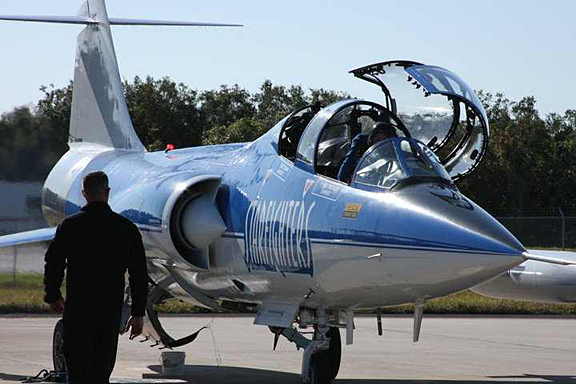 This followed on an intensive, two-day course, which Stern and Durda took to inaugurate this element of their spaceflight training, and which included classroom instruction, aircraft cockpit familiarization and actual flights flown from the Shuttle Landing Facility at Kennedy Space Center earlier in 2010.

"The flight profiles we flew in November were designed to give us repeated acclimatization to 5- 6 Gs during ascent profiles like those we'll experience in suborbital launches, and each zoomed ascent in the F-104 was topped with a zero-G parabola to simulate the transition from hyper-Gs to micro-gravity," says Principal Investigator Stern, associate vice president in the SwRI Space Science and Engineering Division. "We each flew six of these ascent/zero-G launch profiles and wore a NASA-like biomedical harness like the ones we plan to wear in spaceflight. The harness monitored our blood pressure, and we evaluated the comfort and distraction potential of the harness and in both the micro-G and hyper-G portions of the flight to pathfind wearability for other suborbital researchers."

"In addition I carried an engineering model of a microgravity experiment we plan to fly in space and evaluated that hardware's design and functionality in zero-G," says co-investigator Durda, a principal scientist at the SwRI Planetary Science Directorate. "Our pilots, Rick Svetkoff and Mike Smith, did a great job for us again, giving us everything we wanted out of these flights, which we scored as an A+ on both the training and the equipment evaluations." 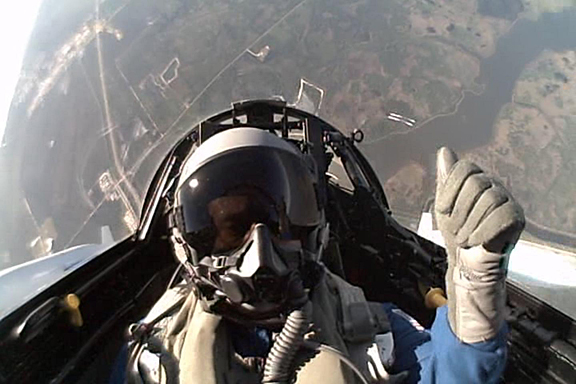 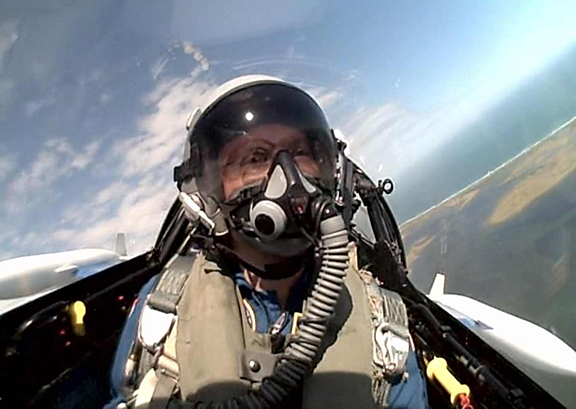 Image: Dr. Dan Durda, a principal scientist in SwRI's Space Science and Engineering Division, evaluated the design and functionality of the engineering model of a microgravity experiment during flight training at the Kennedy Space Center, Fla. Starfighters Inc., the only aviation organization authorized by NASA and the FAA to provide this training, operated the F-104 jet. Image courtesy of Southwest Research Institute

Starfighters is the only commercial aviation organization that holds written permission from both NASA and the Federal Aviation Administration to conduct this type of training.

Stern, who holds a commercial pilot license and is a certified flight instructor, has served as principal investigator on seven unmanned NASA suborbital rocket missions, has flown on numerous high-altitude research missions in NASA WB-57 and F/A-18 aircraft, and has participated in research expeditions in both the Arctic and Antarctic. He was previously NASA's associate administrator for science, and he is currently the chair of the Commercial Spaceflight Federation's suborbital research applications committee.

Durda, a planetary scientist, is an experienced SCUBA cave rescue diver, a participant in F/A-18 and KC-135 research missions and an instrument-rated pilot.

Stern and Durda are working on this project under an SwRI-funded effort aimed at conducting in-space experiments using next-generation suborbital vehicles for various kinds of scientific research and public outreach. An earlier portion of this project included altitude chamber and centrifuge training at The NASTAR Center near Philadelphia.