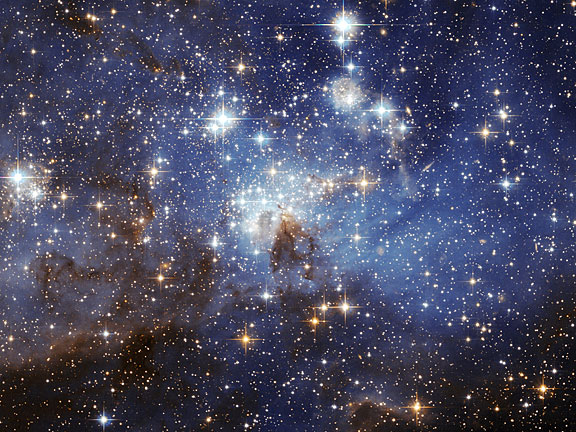 A citizen science project running for over 100 years reached a key milestone this month when an amateur astronomer contributed the 20 millionth observation of a variable star on February 19, 2011.

A variable star changes in brightness over time. Records of these changes can be used to uncover the astrophysical processes within evolving star systems. With a database going back over a century, variable star astronomers have access to a data source unparalleled in astronomy.

"The long-term study of stellar brightness variation is critical to understanding how stars work and the impact they have on their surroundings. The noble efforts of the engaged AAVSO volunteers play an important role in astronomy and help expand human knowledge," said Dr. Kevin Marvel, Executive Officer of the American Astronomical Society.

Amateur astronomers have been recording changes in the brightness of stars for centuries. The world's largest database is run by the American Association of Variable Star Observers (AAVSO) and was started in 1911, making it one of the oldest continuously operating citizen science projects in the world.

"Because some variable stars are unpredictable and/or change their brightness over long time scales, it is not practical for professional astronomers to watch them every night. Thus, amateurs were recruited to keep tabs on these stars on behalf of professionals," Dr. Arne Henden, Director of the AAVSO, said.

The 20 millionth observation was made by Dr. Franz-Josef "Josch" Hambsch of Belgium. The observation was of GV Andromeda, which is in a class of older, pulsating stars smaller than our Sun. "I like these stars because you can see their entire variation cycle in one night. There have not been many recent observations made of this particular star, so that is why I am monitoring it," Hambsch said. Hambsch is also a member of the Belgium variable star organization, Werkgroep voor veranderlijke sterren (WVS).

The AAVSO currently receives variable star brightness estimates from about 1,000 amateur astronomers per year. No special equipment is needed. Some variable stars are bright enough to be seen with the unaided eye while others require high-tech equipment. Also, the AAVSO has a network of six robotic telescopes which are available to members free of charge.

Making an estimate of a variable star's brightness can be a time-intensive procedure and requires careful training. The observer must identify the star in the sky and then compare its brightness with those of other, nearby stars that are steadfast in their own brightness. The process can range from less than a minute to many hours per estimate, but typically takes about five minutes. At that rate, observers have invested the equivalent of about 1.7 million hours of time in collecting observations for the database. Assuming a current median salary of US$33,000, this would be the rough equivalent of 27.5 million dollars worth of donated time if all the observations were reported today.

"The reality is these observations are invaluable. The database spans many generations and includes data that cannot be reproduced elsewhere. If an astronomer wants to know the history of a particular star, they come to the AAVSO," Henden said.

The AAVSO International Database is openly available to the public through their website (http://www.aavso.org), where it is queried hundreds of times per day. The AAVSO was established in 1911 originally as part of the Harvard College Observatory. Independent since 1954, the organization's mission is to coordinate, collect, and distribute variable star data to support scientific research and education.