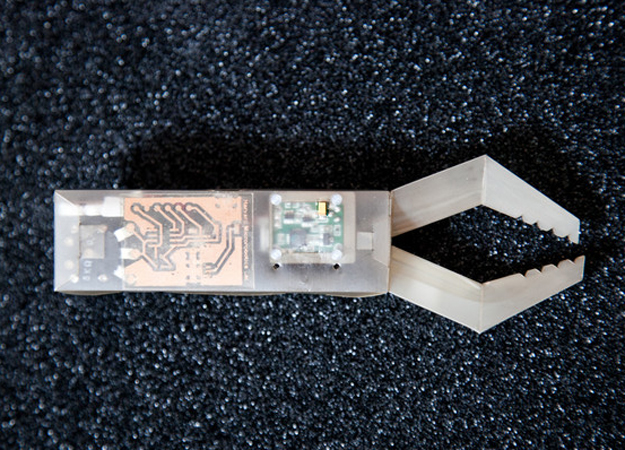 "Computer science research drives advances in science, engineering and education with significant positive impact on the economy, the achievement of national priorities and improvements in quality of life. The U.S. government has an essential role to play in ensuring that investments in this field are sustained over the long-term," said NSF Director Subra Suresh. "With these Expeditions awards, NSF continues its tradition of investing in ambitious, bold ideas. Our economic future and competitiveness depend on them."

The first Expeditions awards were made in 2008. As of today, there are fourteen in total, covering foundational research in computing hardware, software and verification to research in sustainable energy, health information technology, robotics and wireless computing.

The four awards announced today contribute to this rich intellectual portfolio by adding two projects in robotics and smart systems, one project focused on new techniques and tools for Big Data, and one on augmenting program design and verification.

"These Expeditions awards promise to catalyze far-reaching research explorations motivated by deep scientific questions," said Farnam Jahanian, assistant director for CISE. "The creativity and imagination that our community brings to this program is truly remarkable. We look forward to many exciting discoveries and innovations, stimulating technological progress for years to come."

Each award features a top-notch team working on one of the most challenging computing and information science and engineering issues today.

This project envisions a future where 3-D robotic systems can be produced and designed using 2-D desktop technology fabrication methods. If this feat is achieved, it would be possible for the average person to design, customize and print a specialized robot in a matter of hours. Currently, it takes years and many resources to produce, program and design a functioning robot. This new project would completely automate the process, from sketches on-demand, anywhere, and with the skill of a team of professional engineers, leading to potential transformations in advanced manufacturing.

The project addresses broad classes of constructible cyber-physical systems: - the development of tools for functional specification and automated co-design of the mechanical, electrical, computing, and software aspects of the device;
- the design of planning and control algorithms for the assembly of the device and for delivering the desired function of behavior, and tools for the analysis of these algorithms that take into account all the necessary resources, including actuators, sensors and data streams from the world;
- the methodology to generate device-specific and task-specific programming environments that provide safeguards for programs written by non-expert users to enable them to operate the machines safely; and
- the development of novel approaches to the automated production of new devices which may be based on the synthesis of programmable materials with customizable electrical or mechanical properties. This research is highly multidisciplinary, primarily leveraging the disciplines of computer science, electrical and mechanical engineering, materials and manufacturing science.


This project will create a community of interest in this new research area, reach out to young people in grades K-12, engage the national and international community through professional society meetings and establish new interdisciplinary programs among the participating academic institutions.

AMP will tackle the challenge known as the Big Data problem, in which current data analytics fall short in making sense of the volume, diversity and complexity of data being generated by computers, sensors and scientific instruments; media such as images and video; and free-form tweets, text messages, blogs and documents. AMP seeks to turn this knowledge into insight, to uncover the keys to solving huge societal problems, from improving productivity and efficiency and creating new economic opportunities, to unlocking discoveries in medicine, science and the humanities. The team will focus on key societal applications, including: cancer genomics and personalized medicine; large-scale sensing for traffic prediction, environmental monitoring, and urban planning; and network security. The AMP team is working together to create a new data analytics paradigm, integrating three different types of computational resources: - Algorithms: new machine-learning and analysis methods that can operate at large scale and can give flexible tradeoffs between timeliness, accuracy and cost.
- Machines: systems infrastructure that allows programmers to easily harness the power of scalable cloud and cluster computing for making sense of data.
- People: crowd sourcing human activity and intelligence to create hybrid human/computer solutions to problems not solvable by today's automated data analysis technologies alone.

Advances pioneered by this project will be made widely available through the development of the Berkeley Data Analysis System, an open source software platform that seamlessly blends AMP resources to solve big data problems.

ExCAPE aims to change computer programming from the tedious, error-prone, purely manual task it has always been to one in which a programmer and an "automated program synthesis tool" collaborate to generate software that meets its specifications. Computers have revolutionized daily life, and yet the way computers are programmed has changed little in the last several decades. The ExCAPE team brings together expertise in theoretical foundations (computer-aided verification, control theory, program analysis), design methodology (human-computer interaction, model-based design, programming environments), and applications (concurrent programming, network protocols, robotics, system architecture) to pursue research focused on developing new computational engines for transformation and integration of synthesis artifacts, and effective methods for programmer interaction and feedback.

The technology developed by ExCAPE also has the potential to revolutionize the way computing concepts are taught with plans to develop smart tutoring software that can analyze students' answers for conceptual errors and generate additional problems tailored to that student. Tutoring software will be developed for representative high-school and undergraduate courses and will be made widely available. Outreach is aimed at attracting more students to computing disciplines and nurturing an inter-disciplinary community of researchers in computer-augmented programming via an annual workshop, a biannual summer school and a competition for synthesis tools.

This Expedition will develop the fundamental computational techniques that will enable the design, implementation and evaluation of robots that encourage social, emotional and cognitive growth in children. Critical societal problems require sustained, personalized support that supplements the efforts of educators, parents and clinicians. For example, clinicians and families struggle to provide individualized educational services to children with social and cognitive deficits, whose numbers have quadrupled in the U.S. in the last decade alone. In many schools, educators struggle to provide language instruction for children raised in homes where a language other than English is spoken, the fastest-growing segment of the school-age population. This Expedition aims to support the individual needs of these children with socially assistive robots that help to guide the children toward long-term behavioral goals that are customized to the particular needs of each child and that develop and change as the child does.

Socially assistive robots have the potential to substantially impact the effectiveness of education and healthcare for children. This Expedition includes strong education and training elements, especially for K-12 students in this target population, and for undergraduates via an annual training summit.

"Past Expeditions awards are beginning to show exciting results in a variety of applications and fields," said Mitra Basu, program director for the Expeditions program. "We're confident that this latest group of projects will continue to push the frontiers of computing."