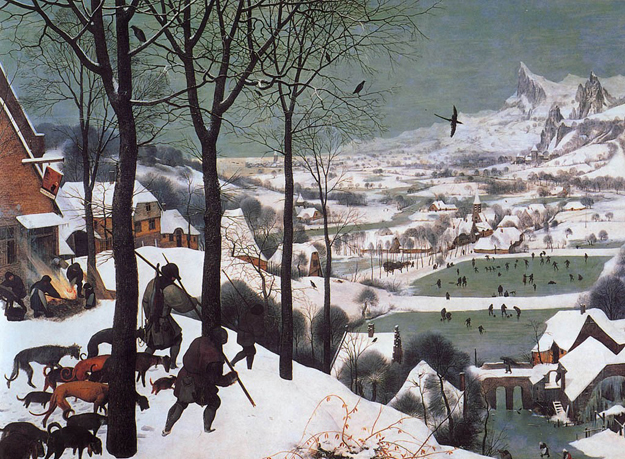 Scientists have long suspected that the Sun's 11-year cycle influences climate of certain regions on Earth. Yet records of average, seasonal temperatures do not date back far enough to confirm any patterns. Now, armed with a unique proxy, an international team of researchers show that unusually cold winters in Central Europe are related to low solar activity -- when sunspot numbers are minimal. The freezing of Germany's largest river, the Rhine, is the key.

Although the Earth's surface overall continues to warm, the new analysis has revealed a correlation between periods of low activity of the Sun and of some cooling -- on a limited, regional scale in Central Europe, along the Rhine.

"The advantage with studying the Rhine is because it's a very simple measurement," said Frank Sirocko lead author of a paper on the study and professor of Sedimentology and Paleoclimatology at the Institute of Geosciences of Johannes Gutenberg University in Mainz, Germany. "Freezing is special in that it's like an on-off mode. Either there is ice or there is no ice."

From the early 19th through mid-20th centuries, riverboat men used the Rhine for cargo transport. And so docks along the river have annual records of when ice clogged the waterway and stymied shipping. The scientists used these easily-accessible documents, as well as additional historical accounts, to determine the number of freezing episodes since 1780.

Sirocko and his colleagues found that between 1780 and 1963, the Rhine froze in multiple places 14 different times. The sheer size of the river means it takes extremely cold temperatures to freeze over, making freezing episodes a good proxy for very cold winters in the region, Sirocko said.

Mapping the freezing episodes against the solar activity's 11-year cycle -- a cycle of the Sun's varying magnetic strength and thus total radiation output -- Sirocko and his colleagues determined that 10 of the 14 freezes occurred during years around when the Sun had minimal sunspots. Using statistical methods, the scientists calculated that there is a 99 percent chance that extremely cold Central European winters and low solar activity are inherently linked.

"We provide, for the first time, statistically robust evidence that the succession of cold winters during the last 230 years in Central Europe has a common cause," Sirocko said.

With the new paper, Sirocko and his colleagues have added to the research linking solar variability with climate, said Thomas Crowley, Director of the Scottish Alliance for Geoscience, Environment, and Society, who was not involved with the study.

"There is some suspension of belief in this link," Crowley said, "and this study tilts the argument more towards thinking there really is something to this link. If you have more statistical evidence to support this explanation, one is more likely to say it's true."

The study, conducted by researchers at Johannes Gutenberg and the Institute for Atmospheric and Climate Science in Zurich, Switzerland, is set to be published August 25 in Geophysical Research Letters, a journal of the American Geophysical Union.

When sunspot numbers are down, the Sun emits less ultraviolet radiation. Less radiation means less heating of Earth's atmosphere, which sparks a change in the circulation patterns of the two lowest atmospheric levels, the troposphere and stratosphere. Such changes lead to climatic phenomena such as the North Atlantic Oscillation, a pattern of atmospheric pressure variations that influences wind patterns in the North Atlantic and weather behavior in regions in and around Europe.

"Due to this indirect effect, the solar cycle does not impact hemispherically averaged temperatures, but only leads to regional temperature anomalies," said Stephan Pfahl, a co-author of the study who is now at the Institute for Atmospheric and Climate Science in Zurich.

The authors show that this change in atmospheric circulation leads to cooling in parts of Central Europe but warming in other European countries, such as Iceland. So, sunspots don't necessarily cool the entire globe -- their cooling effect is more localized, Sirocko said.

In fact, studies have suggested that the extremely cold European winters of 2010 and 2011 were the result of the North Atlantic Oscillation, which Sirocko and his team now link to the low solar activity during that time.

The 2010 and 2011 European winters were so cold that they resulted in record lows for the month of November in certain countries. Some who dispute the occurrence of anthropogenic climate change argue that this two-year period shows that Earth's climate is not getting any warmer. But climate is a complex system, Sirocko said. And a short-term, localized dip in temperatures only temporarily masks the effects of a warming world.

"Climate is not ruled by one variable," said Sirocko. "In fact, it has [at least] five or six variables. Carbon dioxide is certainly one, but solar activity is also one."

Moreover, the researchers also point out that, despite Central Europe's prospect to suffer colder winters every 11 years or so, the average temperature of those winters is increasing and has been for the past three decades. As one piece of evidence of that warming, the Rhine River has not frozen over since 1963. Sirocko said such warming results, in part, from climate change.

To establish a more complete record of past temperature dips, the researchers are looking to other proxies, such as the spread of disease and migratory habits.

"Disease can be transported by insects and rats, but during a strong freezing year that is not likely," said Sirocko. "Also, Romans used the Rhine to defend against the Germanics, but as soon as the river froze people could move across it. The freezing of the Rhine is very important on historical timescales."

It wasn't, however, the Rhine that first got Sirocko to thinking about the connection between freezing rivers and sunspot activity. In fact, it was a 125-mile ice-skating race he attended over 20 years ago in the Netherlands that sparked the scientist's idea.

"Skaters can only do this race every 10 or 11 years because that's when the rivers freeze up," Sirocko said. "I thought to myself, 'There must be a reason for this,' and it turns out there is."

Journalists and public information officers (PIOs) of educational and scientific institutions who have registered with AGU can download a PDF copy of this paper in press at this URL: http://dx.doi.org/10.1029/2012GL052412

Or, you may order a copy of the final paper by emailing your request to Kate Ramsayer at kramsayer@agu.org. Please provide your name, the name of your publication, and your phone number.