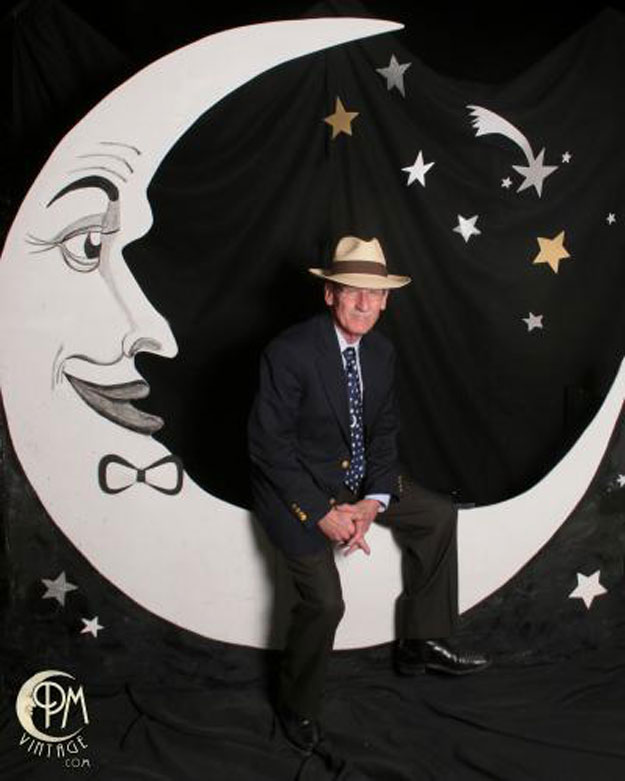 Edwin C. Krupp, director of Griffith Observatory in Los Angeles, is the winner of the 2013 Andrew Gemant Award.

The American Institute of Physics (AIP) has announced that Edwin C. Krupp, director of Griffith Observatory in Los Angeles, is the winner of the 2013 Andrew Gemant Award – an annual prize that recognizes significant contributions to the cultural, artistic or humanistic dimension of physics.

Krupp will be formally presented with the award at 10:00 a.m. on Friday, November 22 during the Los Angeles City Council meeting. His award will be re-presented at a ceremony hosted by the American Astronomical Society (AAS) at their Washington D.C. meeting in early January 2014. Krupp will deliver lectures on both occasions.

In its award citation, AIP recognizes Krupp: "…for 40 years of extraordinary public outreach and education through planetarium shows and programs, award-winning popular books, articles, television programs, exhibits, lectures and public events, as well as for his outstanding archaeoastronomical research, exploring the links between astronomy and ancient culture."

As winner, Krupp will receive a modest cash award and will be able to choose an academic institution to receive a small grant to further the public communication of physics.

"Griffith Observatory, where Edwin Krupp has been director for nearly four decades, is the most-visited public observatory in the world," said Catherine O'Riordan, AIP vice president of Physics Resources. "Through telescopes, other public instruments, innovative exhibits, and live astronomical programs, he has brought the heavens to life for millions on the ground."

Krupp will deliver a public lecture at 7:30 p.m. on Friday, November 22 at Griffith Observatory. He will also give a plenary talk at 3:40 p.m. on January 9 at the AAS meeting at the Gaylord National Resort and Convention Center in National Harbor, Maryland.

In addition to his work in the Los Angeles area, Krupp has had a long career explaining astronomy to the general public. He has written hundreds of articles for general audiences and four children's books on astronomy. He has collaborated with musicians and artists in a variety of projects and performances that link astronomy with arts, and he often appears on local and national television and radio to interpret recent discoveries and developments in the field.

Most recently Krupp led a $93-million restoration, renovation and expansion of Griffith Observatory, a project he conceived and shepherded through design, fundraising, construction, reactivation, and return to public service after a five-year close. The project was accomplished through a unique public-private partnership between the City of Los Angeles Department of Recreation and Parks, which owns and operates the Observatory, and Friends Of The Observatory, the Observatory's non-profit support group, which Krupp co-founded in 1978 to help restore the building.

E.C. Krupp is an astronomer and Director of Griffith Observatory in Los Angeles. He received a BA from Pomona College in physics/astronomy and his MA and PhD in astronomy at UCLA, where he studied the properties of rich clusters of galaxies as a student of Professor George O. Abell. Krupp began working at Griffith Observatory in 1970 as a part-time planetarium lecturer when he was still in graduate school. He has been director since 1974.

Since 1973, Krupp has been active in the study of ancient, prehistoric and traditional astronomy and is recognized internationally for this work. He is the author and editor of five books on this subject and has personally visited, studied, and photographed nearly 2,000 ancient, historic and prehistoric sites throughout the world.

The Andrew Gemant Award is given to one individual by the AIP Governing Board each year, based on the recommendation of an outside selection committee, for significant contributions to the cultural, artistic or humanistic dimension of physics. For more information, see: http://www.aip.org/aip/awards/gemawd.html

About the American Institute of Physics

The American Institute of Physics is an organization of physical science societies, representing scientists, engineers and educators. Through its Physics Resources Center, AIP delivers valuable services and expertise in education and student programs, science communications, government relations, career services for science and engineering professionals, statistical research in physics employment and education, industrial outreach, and the history of physics and allied fields. AIP publishes Physics Today, the most influential and closely followed magazine of the physics community, and is also home to Society of Physics Students and the Niels Bohr Library and Archives. AIP owns AIP Publishing LLC, a scholarly publisher in the physical and related sciences. http://www.aip.org