Press Release From: American Association for the Advancement of Science
Posted: Friday, November 13, 2015 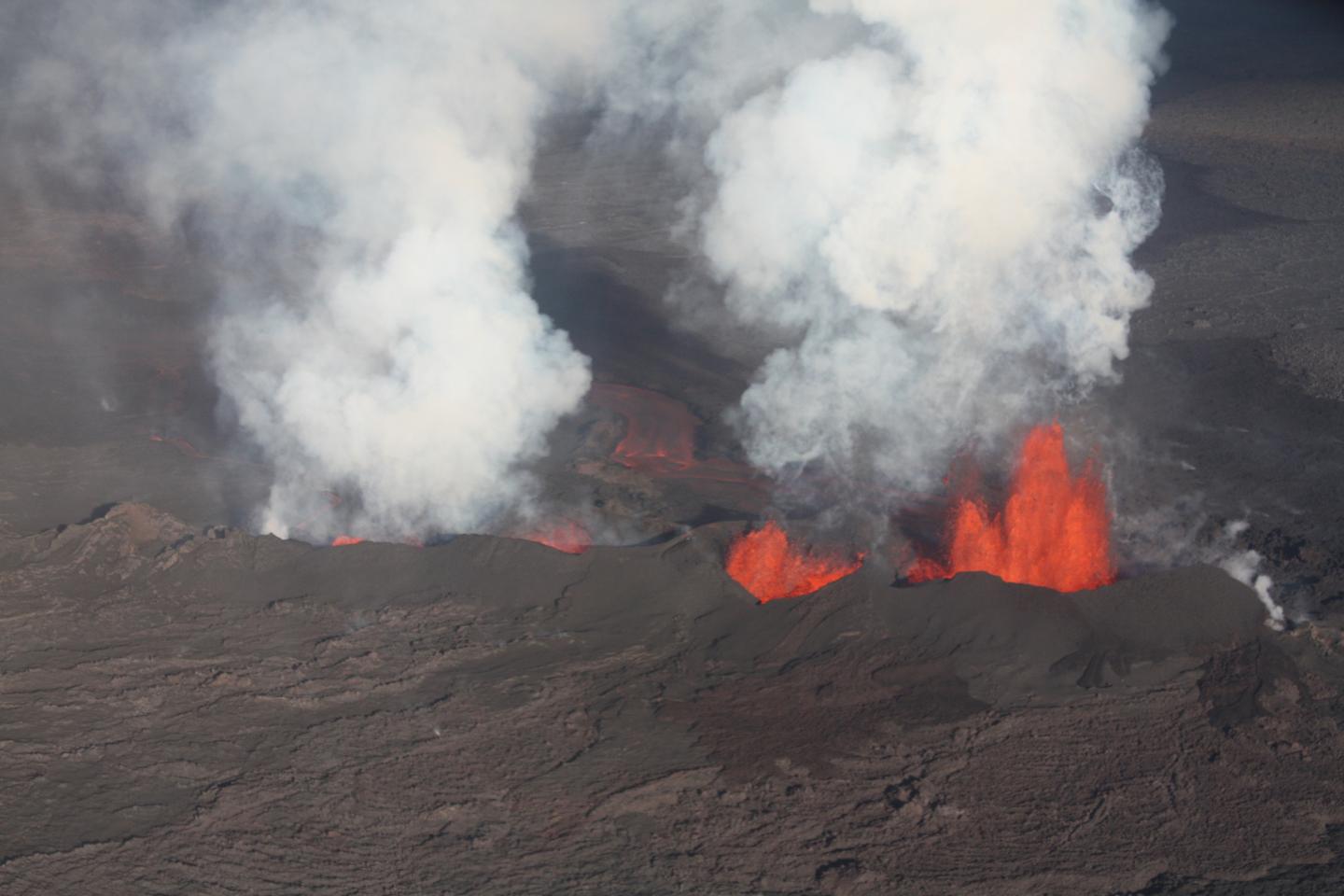 Analysis of lava from deep within Earth's mantle suggests that water-soaked dust grains present early in the solar system, as the planets were just beginning to form, are the source of our planet's water. The lava samples, which offer a highly "pristine" representation of a newborn Earth, add intriguing details to the debate surrounding the planet's water origins.

Researchers can learn about the origins of water on any planetary body by studying the water's deuterium/hydrogen (D/H) ratio, the ratio of hydrogen atoms that have one neutron or no neutron, respectively. Different factors, like tectonic mixing, can affect this ratio over time. Only areas deep within Earth that have not been affected by these processes are likely to preserve Earth's initial D/H ratio, yet such samples are hard to come by. Here, deep lava flows that churned up basalt from the mantle to the surface of Baffin Island, Canada, provided Lydia Hallis and colleagues with relatively unaltered samples, as confirmed by their helium, neon and lead compositions.

Analysis of the basalt's D/H ratio revealed lower amounts of deuterium than found in previous studies, providing a new baseline for Earth's original D/H signature. The authors suggest that one possibility for this lower D/H ratio is that the water-soaked dust particles present in the early solar system were embedded within the Earth during its formation. This research appears in the 13 November 2015 issue of Science.