This image from the panoramic camera on NASA's Mars Exploration Rover Opportunity shows the best examples yet seen in Meridiani Planum outcrop rocks of well-preserved, fine-scale layering and what geologists call "cross-lamination." Opportunity acquired this image of a rock called "Overgaard" at the edge of "Erebus Crater" during the rover's 690th Martian day (Jan. 2, 2006).

The uppermost part of the rock, just above the center of the image and in the enlargement at top, shows distinctive centimeter-sized, smile-shaped features that sedimentary geologists call "festoons." The detailed geometric patterns of such nested sets of concave-upward layers in sedimentary rocks imply the presence of small, sinuous sand ripples that form only in water on Earth. Similar festoon cross-lamination and other distinctive sedimentary layer patterns are also visible in the lower parts of the rock, just left of center, and in other rocks near the rim of Erebus. Essentially, these features are the preserved remnants of tiny (centimeter-sized) underwater sand dunes formed long ago by waves in shallow water on the surface of Mars. 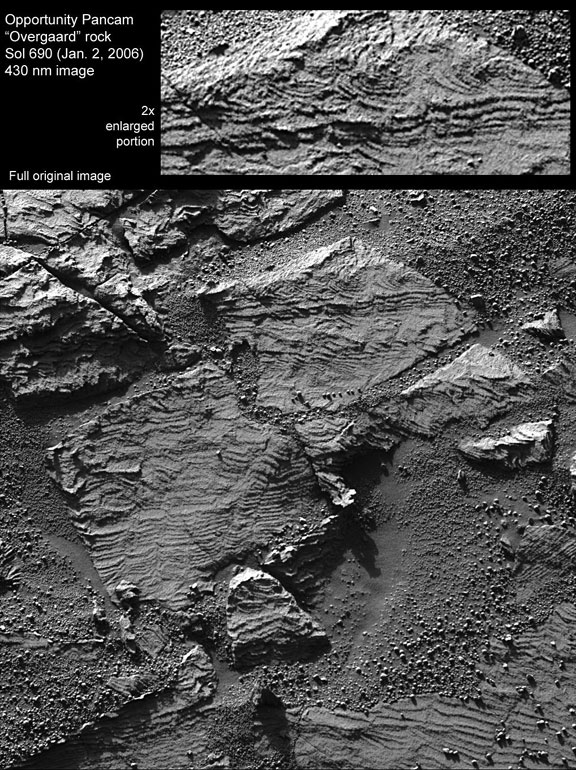