From someone@nasa.gov: Hi Keith, I'd suggest that you call NASA public affairs to confirm this, but somewhere between KSC and JSC, the location of these photos apparently got promoted.  I'm told that they were taken on May 14, at a receiving warehouse in the KSC industrial area, several miles south of the VAB.  Gator encounters are a common occurrence here, given that we're situated in the middle of a wildlife refuge.  Still, it's rare for them to venture inside. 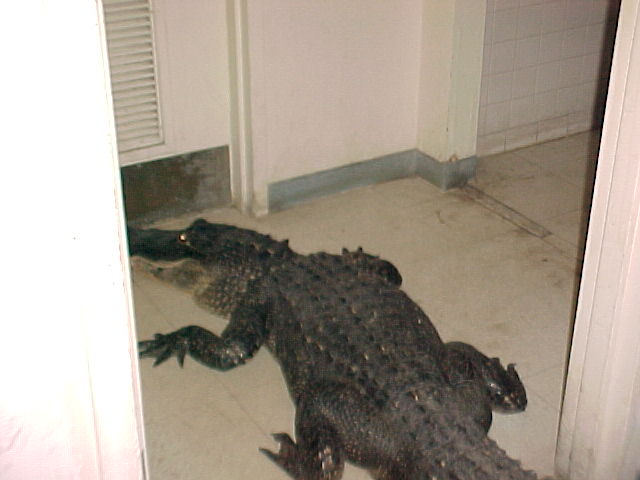 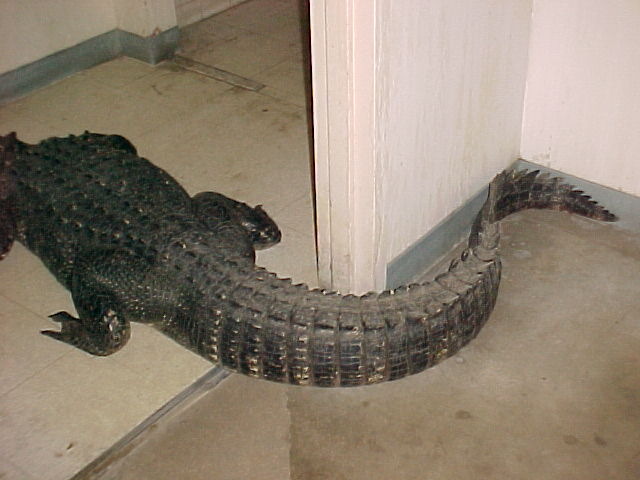 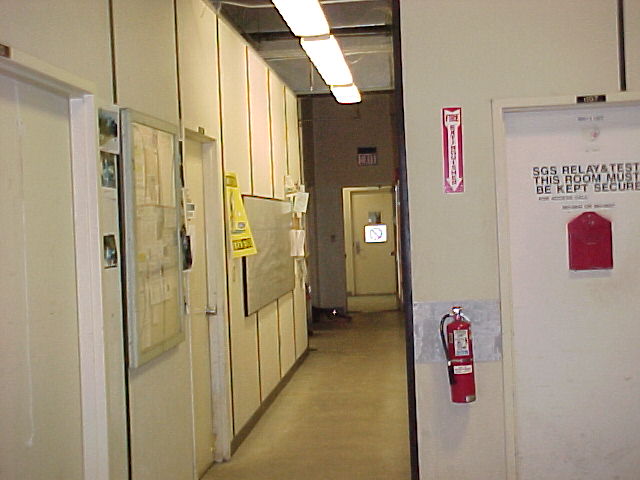 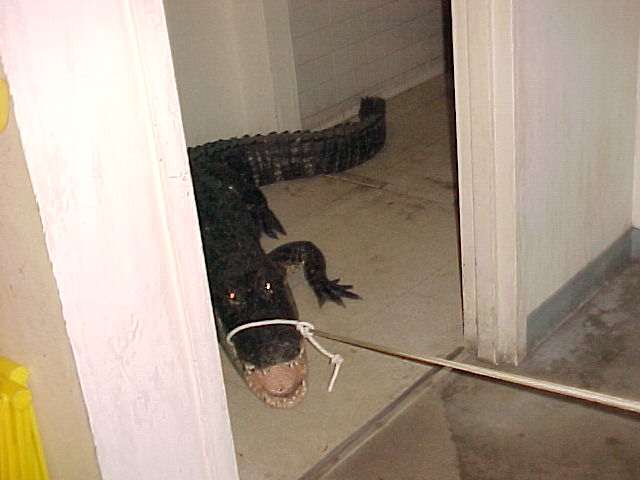 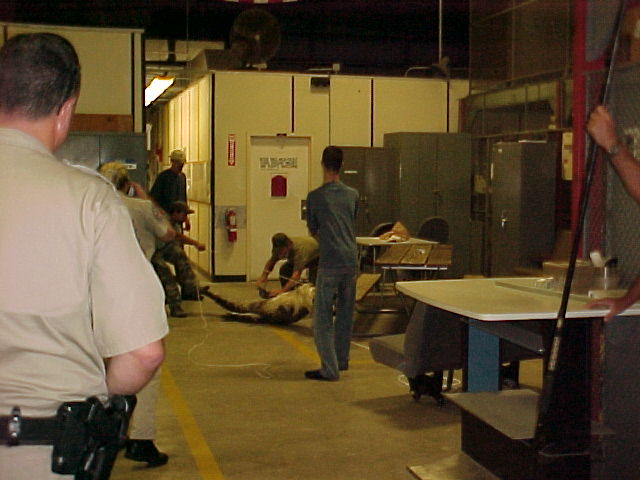 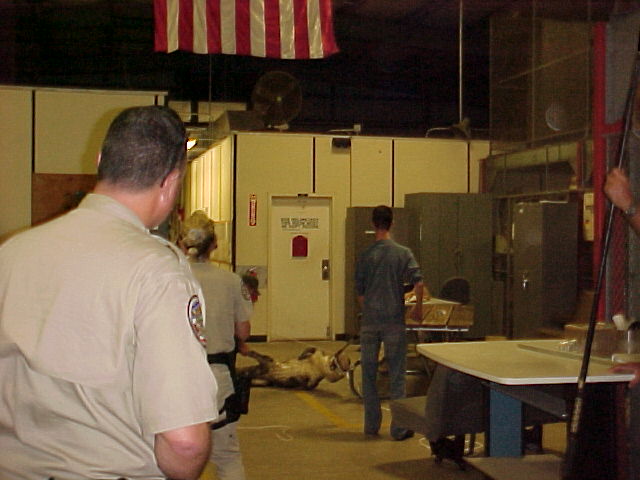 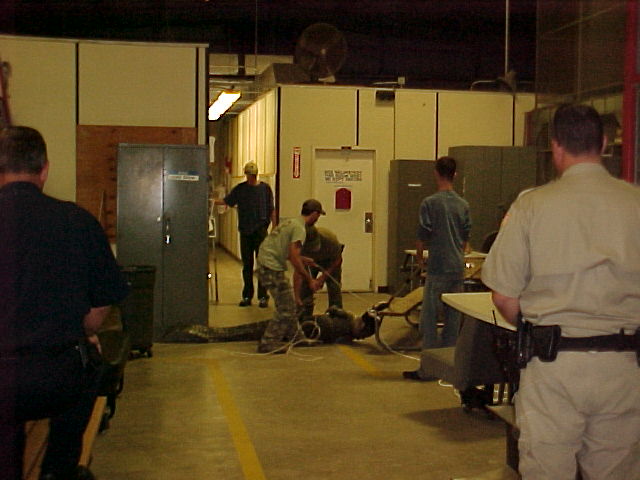 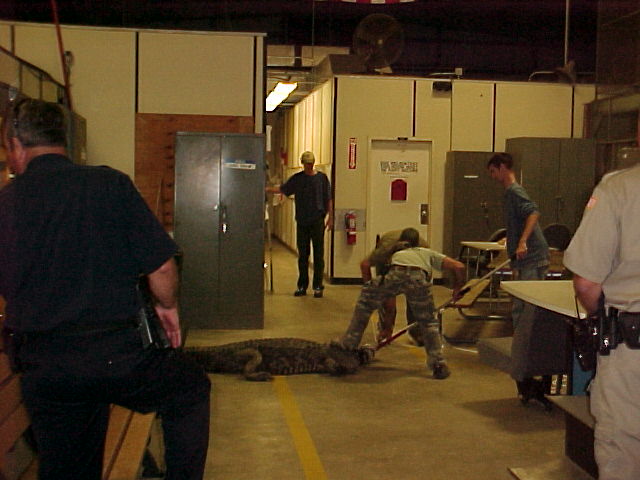 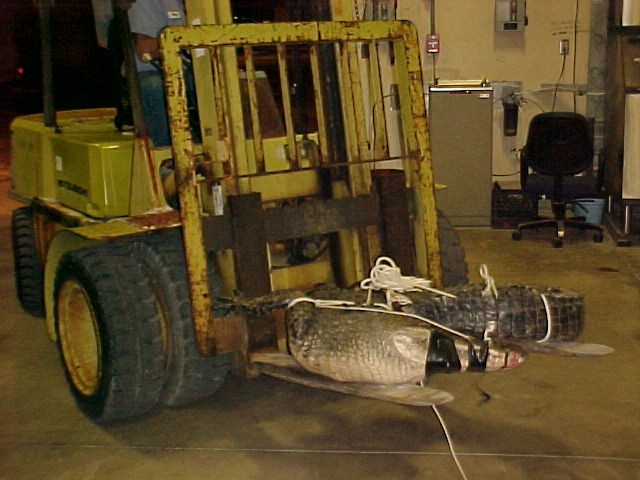 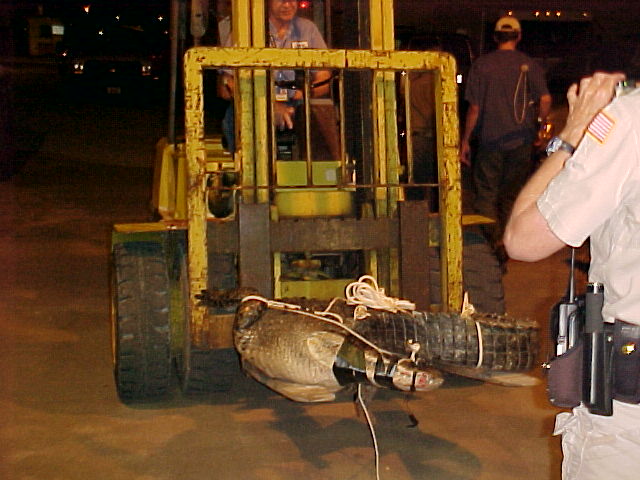