For an overview of the Falcon 1 Launch Vehicle, click here.

Progress continues non-stop in preparation for our next Falcon 1 launch.

The second stage, being smaller and lighter than the first stage, allowed for easy transport via air to our Central Pacific launch site. 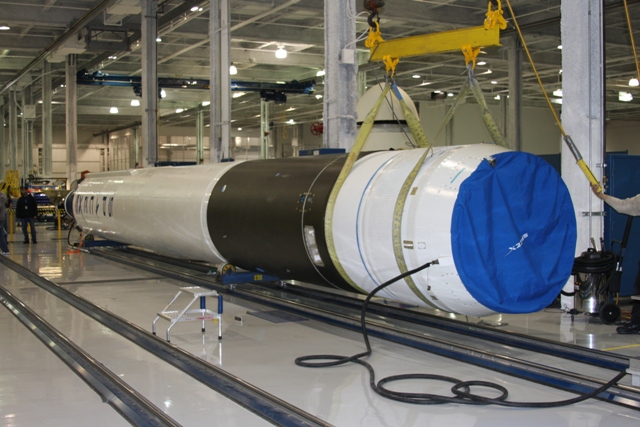 Fit check of the two stages on the Falcon 1 production line at the SpaceX headquarters.

After completing the second stage's final factory checkout, we transferred it into a shipping container, then delivered it to the airport where it was loaded onto a transport aircraft headed for the US Army Kwajalein Atoll. 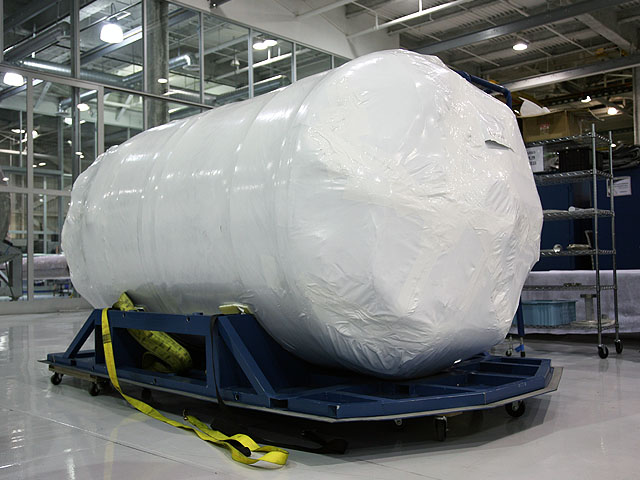 Second stage padded and wrapped before loading into the shipping container. 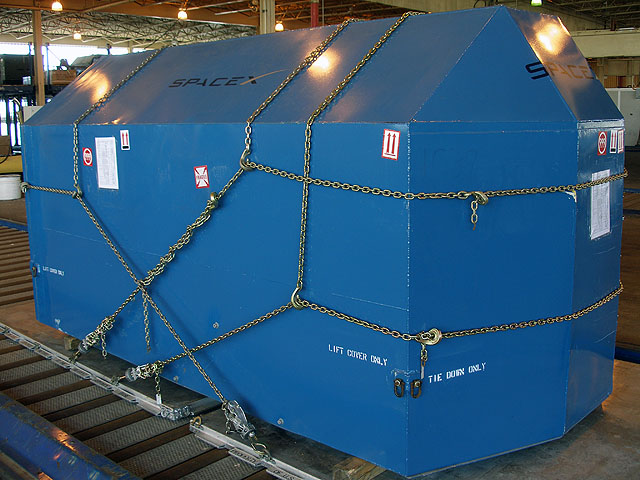 The second stage's shipping container chained securely before it was loaded onto the aircraft for a trans-Pacific flight.

The primary payload for Flight 5, RazakSAT, journeyed 3,900 miles from the tropical nation of Malaysia to the SpaceX launch site in the Kwajalein Atoll.

ATSB, supervised by the by the Malaysian Ministry of Science, Technology and Innovation (MOSTI) and primary customer for Falcon 1 Flight 5, developed Malaysia's first microsatellite, TiungSAT-1, which flew into space in September 2000.

ATSB's newest satellite, RazakSAT, weighs over three times a much as TiungSAT-1 and carries a high resolution Earth observation camera. Developed in conjunction with Satrec Initiative, the satellite's low inclination orbit (9 degrees) will bring it over Malaysia a dozen or more times per day. This will provide for greatly increased coverage of Malaysia as compared to most other Earth observation satellites.

Below are some images showing RazakSAT's departure. 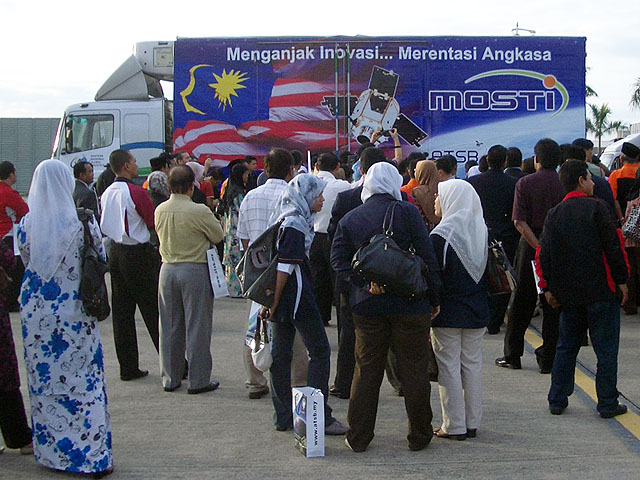 RazakSAT arrives at the airport just outside of the Malaysian capital, Kuala Lumpur. 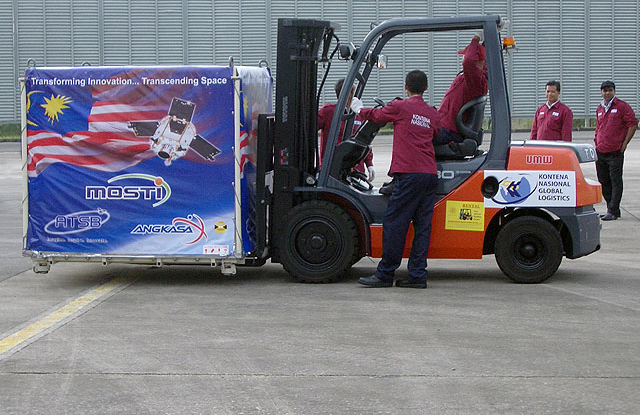 Loaded and secured on the Royal Malaysian Air Force C-130 aircraft for the 3,900 mile journey to SpaceX's launch site on the US Army Kwajalein Atoll.

All arrived safely at the SpaceX launch site and everything remains on schedule for the opening of the launch window on April 20 (April 21 in Kwaj), 2009.