Photo: Kedr Smallsat Launched on Progress for Deployment by a Cosmonaut During EVA 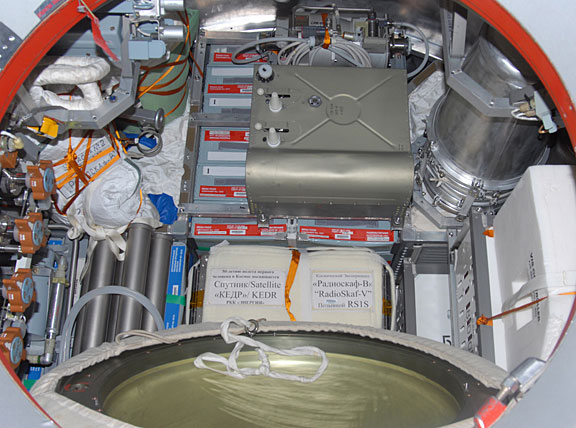 RSC Energia: "In the scope of operations for prelaunch processing of cargo transport vehicle (CTV) Progress M-09M under the International Space Station program small spacecraft - satellite Kedr was accommodated in the vehicle cargo compartment on January 18. The satellite is designed to carry out space experiment RadioSkaf: development, preparation and launch of supersmall spacecraft during extravehicular activity (EVA). The experiment investigator is S.P. Korolev RSC Energia. The launch of CTV Progress M-09M is scheduled to be performed on January 28 at 04:31 Moscow Time."

"For reference: The satellite mass is 30 kg, its dimensions are 550 x 550 x 400 mm. Its name is accepted by call sign Kedr of the first cosmonaut of the Earth - our compatriot Yu.A. Gagarin. Yu.A. Gagarin had this call sign when he performed his flight onboard manned spacecraft Vostok. The spacecraft and the launch vehicle delivered Vostok to orbit were developed under the direction of S.P. Korolev by OKB-1 staff (now it is RSC Energia) in cooperation with enterprises and organizations of the rocket & space industry of the country." 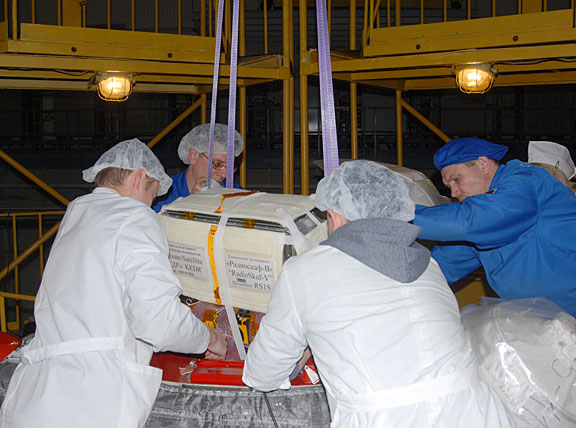