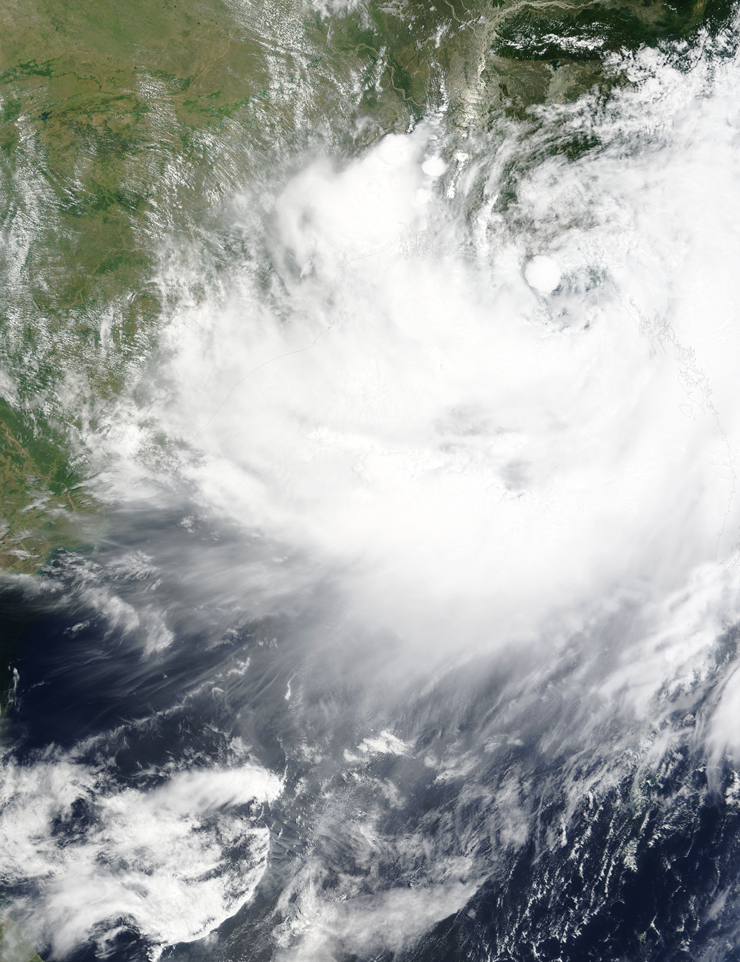 An area of low pressure has been lingering in the Bay of Bengal for days before it finally developed into a tropical storm. As Tropical Storm 02B formed, NASA's Terra satellite passed overhead and captured an image of the storm that showed it extended over Bangladesh, northeastern India and mostly over the northern Bay of Bengal.

The Regional Specialised Meteorological Centre in New Delhi, India noted that the northern part of the system is interacting with dry air which accounts for the lack of clouds in that quadrant as seen in the MODIS imagery.

The Joint Typhoon Warning Center forecast calls for 02B to move north before making landfall and dissipating.