A new crew is gearing up to participate in NASA’s next simulated mission to Mars. Crew members will soon enter the Human Exploration Research Analog, or HERA, at NASA’s Johnson Space Center in Houston. Once inside HERA, they will live and work like astronauts for 45 days while “traveling” to the Martian moon Phobos.

The new crew includes Roberto Carlino, Alejandro Diaz, Brad Hensley, and Jennifer Milczarski. Their mission begins on May 27 and they will “return” to Earth by stepping outside HERA on July 11.

HERA enables researchers to study how crew members adjust to isolation, confinement, and remote conditions on Earth before NASA sends astronauts on deep-space missions. To help researchers learn about crew behaviors, the crew carries out various science and maintenance inside HERA. Crew members also face increasing communication delays with their ground control support — staff outside their habitat — as they “approach” Phobos. All these activities help researchers learn how crew members become more autonomous, work as a team, and communicate effectively to accomplish mission tasks.

This crew marks the third group of volunteers to participate in HERA’s current research campaign. The most recent mission ended March 14. Before that, HERA’s first mission of this campaign — and the first mission following pandemic isolation — ended Nov. 15, 2021. One more mission, set to end in September, is planned for this campaign.

As with the other HERA missions this year, NASA’s Human Research Program, or HRP, is performing 15 studies on human behavior. These studies will help NASA create a robust data set on how individuals adapt to challenges inherent in spaceflight. With this data set, scientists can develop strategies to better prepare astronauts for Artemis missions to the Moon, and eventually for ventures to Mars.

See below for details about each primary and backup crew member. 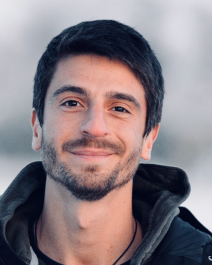 Roberto Carlino, from Naples, Italy, is an aerospace and robotics engineer at NASA’s Ames Research Center in Silicon Valley, California. He works for the Astrobee free-flying project and for the Advanced Composite Solar Sail System Cubesat project. Carlino has also worked as a software engineer for the Transiting Exoplanet Survey Satellite – a follow-on mission of the Kepler Space Telescope – searching for habitable planets around neighboring stars. Roberto started at NASA Ames seven years ago. 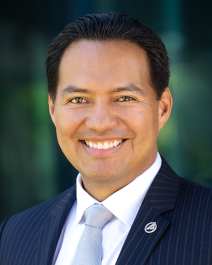 Alejandro R. Diaz is a Peruvian-American aerospace engineer from Chino Hills, California. His work focuses on supporting human space programs with an emphasis on crew systems, EVA and spacesuits, as well as landing and recovery systems.

Diaz is a senior project leader in the Human Exploration and Spaceflight division at The Aerospace Corporation in Houston, Texas. In this capacity, he supports NASA’s Johnson Space Center in Houston by analyzing and assessing crew-to-hardware avionics interfaces of SpaceX. He is a former associate technical fellow at The Boeing Co., where he helped design, manufacture, integrate, and launch systems on the International Space Station, Crew Exploration Vehicle, Human Landing System, and more.

Diaz has also performed Mars analog research at the Mars Desert Research Station, where he led the development of spacewalk emergency rescue procedures and supported prototype spacesuit testing. There, he was part of four two-week rotations, serving as the commander for three missions and spacewalk director for one. 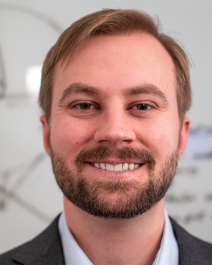 Brad Hensley, from Longmont, Colorado, is a systems engineer working in the aerospace industry. He specializes in designing and maintaining deployable spacecraft structures like antennas and solar arrays, made from a flexible, lightweight materials.

Hensley leads efforts to develop advanced deployable structures for NASA, defense, and commercial spacecraft, with a recent focus on space weather instruments. He is an inventor with multiple patents in a technology called slit-tube boom, which has been adopted by the space industry to deploy spacecraft systems. His inventions involve slit-tube boom design, deployment, and function.

Originally from Oak Ridge, Tennessee, Hensley earned a bachelor’s degree from Rhodes College, Memphis, in 2012, where he double majored in physics and biology, with a minor in mathematics. He then earned a master’s degree in 2015 from the University of Colorado - Boulder in aerospace engineering, focusing on bioastronautics.

Hensley is also a member of a professional mountain search and rescue team, and has been involved in more than 100 mountain rescue incidents in the past six years. He is a certified wilderness first responder, nitrox SCUBA diver, and technician-class amateur radio operator. He enjoys chess, astronomy, and exploring the mountains of Colorado. 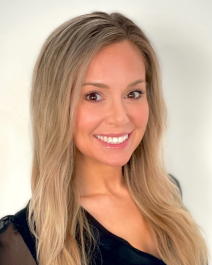 Jennifer Milczarski, a native of Detroit, Michigan, works as a certified registered nurse anesthetist, or CRNA, and owns two businesses. Her first company provides anesthesia services and her second is a ketamine infusion and wellness clinic.

Milczarski attended Michigan State University, Lansing, where she obtained her bachelor’s degree in nursing. She then obtained a master’s and doctorate in anesthesia practice.

Milczarski began her anesthesia career at Tampa General Hospital in Florida, where she was on the cardiac, transplant, obstetric, and trauma teams. After several years at Tampa, she opened her own anesthesia company and began providing anesthesia services nationwide, including Alaska and on the Lakota Sioux Indian Reservation. Milczarski has administered anesthesia at some of the top hospitals throughout the country, including Massachusetts General Hospital in Boston, Yale New Haven Hospital in Connecticut, and Dartmouth Hitchcock Medical Center Medical Center in Lebanon, New Hampshire. She currently works at Children’s Hospital of Michigan in Detroit through a pediatric fellowship for CNRAs.

Milczarski’s research interests involve studying how psychedelics affect the treatment of mental health-related illnesses. In her spare time, she is an avid traveler and has visited more than 50 countries. She enjoys spending time with her family, being outdoors, golfing, reading, and following the latest space news. 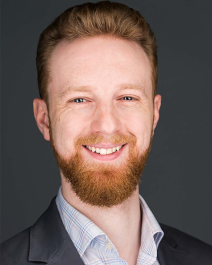 Born in Ogden, Utah, Klvacek lived in Canada and Montana as a child. He eventually returned to Ogden, where he studied computer science and software engineering at Weber State University. He then earned a master's degree in computer science with an emphasis in machine learning from the Georgia Institute of Technology in Atlanta.

In his free time, Klvacek enjoys hiking and frequenting coffee shops with his fiancée, studying philosophy, playing board games, and trying his hand at astrophotography.

Got a question for future HERA crew members? Ask them through our new Groundlinks program!