1. At approximately 80-84 seconds (accurate timing off of film will be done tomorrow) after T-0 a large piece of debris is observed striking the underside (-Z) of the LH wing of the orbiter. The debris appears to originate from the area of the –Y bipod attach point on the external tank. (E-208, E-212) No damage to orbiter TPS is apparent. Further analysis will continue. 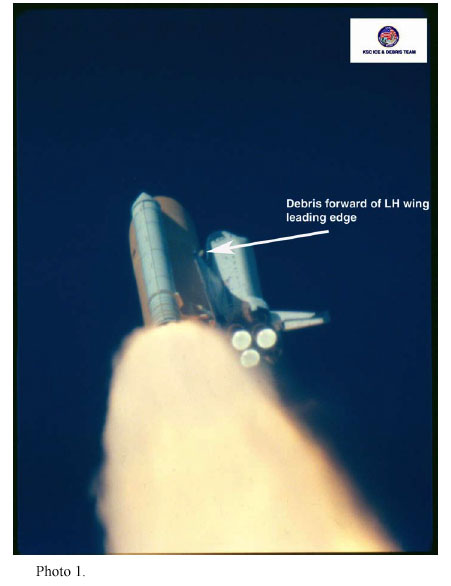 2. Approximately 33 seconds after T-0 several particles are observed falling away from the –Z portion of the LH SRB ETA ring. Particles are probably pieces of the instafoam closeout on the ETA ring. (E-220, E-222, E-223, E-224) 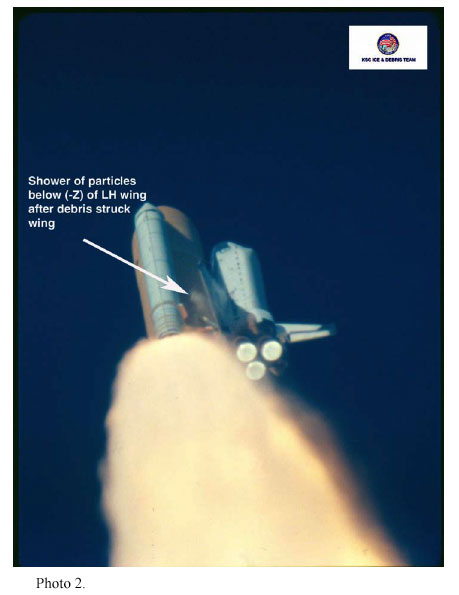 Particles of SRB aft-skirt instafoam fell along side the SRB plume during ascent. (E-223)

Review of high-speed films will continue on Saturday, January 18, 2003.